Let's give our neighbours the benefit of the doubt. 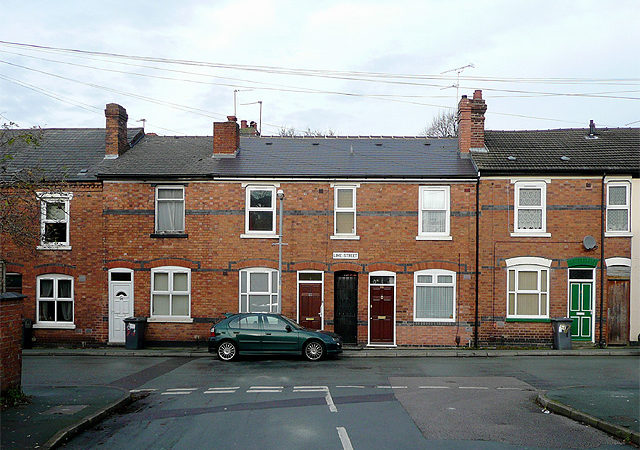 It has become a cliché to say that we live in strange times. Our fundamental way of life has been suspended, to be replaced by a frustrating combination of restrictions on our liberty, fear for ourselves and our families and friends, and disruption of our jobs and livelihoods.

It is no exaggeration to say that the COVID-19 outbreak has transformed the world in just a few short weeks. Who would have thought we would be living under the black cloud of this terrible disease as, at midnight on New Year’s Eve, we celebrated together and looked forward to 2020 as year full of promise and hope?

Part of our new reality is the knowledge that we each have an individual part to play in combating the spread of the virus. The Government’s strategy has been to try to reduce the rate at which the disease can spread through the population, and the combinations of closing public spaces, home working, restrictions on travel and social distancing are all supported by a set of simple messages – stay at home, save lives and support the NHS.

We now see these messages everywhere around us and for the most part, they are working. Every day we receive the updates from the Government, laced with grisly statistics on the number of confirmed infections and the tragic loss of life.

Every day we hope for better news, and there are reasons to be hopeful. The data suggests that we may be getting closer to the turning point, even though the “lockdown” restrictions will probably have to remain in force for a few more weeks to ensure that the progress made so far will not be lost in a sudden increase of infections and deaths as soon as we are all released back into circulation.

Everything comes to those who wait – or so they say. We will have to wait a little longer before we can have those celebrations we are looking forward to so much.

In the meantime, we see so many positive examples of community spirit and neighbourliness. Small acts of kindness, people looking out for elderly or vulnerable neighbours, rainbows appearing in windows, and of course the outpouring of gratitude for the incredible bravery and commitment of NHS and other front-line workers.

All of these are uplifting and bolster our morale when we feel we might be flagging. Friends phoning or texting, just a quick check to make sure someone is alright, and helping them to pick themselves up if they are not. Such positive energy throughout our society can only make us stronger.

That is why it is so disheartening when we see the opposite. The NHS nurse who found a horrible note on her windscreen, left by a neighbour berating her for going out to work every day, was a vile example of the worst kind of ignorance.

The neighbour apparently didn’t know the lady in question was a nurse, because she wasn’t wearing her uniform when she got in her car, and so she must be breaking the rules with “unessential” travel.

The fact that many front-line workers actually can’t wear their uniforms before they get to work seems to have passed this person by. Let’s hope they felt ashamed when the truth was revealed.

The final sentence of this awful note sent a shiver down my spine – “you have been reported” it exclaimed, spitefully, the final word underlined for emphasis.

Are we in danger of being dragged down to the level of our worst instincts, instead of the positive, supportive neighbourhoods and communities of which we are so proud?

Are we to turn into a nation of curtain-twitchers, spying on neighbours and reporting each other to the authorities? Is that really the way forward through this crisis? I very much hope not.

When it was announced the various police forces around the country would be setting up “hotlines” to allow the public to report breaches of the Government’s “lockdown” restrictions, there was a pushback, and comments about the dangers of turning the UK into a police state.

Certainly, there were some unfortunate examples of over-zealous enforcement, such as the policeman who threatened to issue a fine to a bakery shop owner in Edgware for putting chalk lines on the pavement outside her shop to encourage her customers to keep their distance while queuing.

The Chief Constable of Northamptonshire Police, Nick Adderley, had to backtrack after using heavy-handed language about how his officers would enforce the restrictions. Even Priti Patel, the Home Secretary, has criticised Adderley’s original comments and softened her own hard line comments.

Of course, it is perfectly valid to report serious breaches of the law to the police, but in our current situation, serious breaches would be the kind of stupid and selfish behaviour that is still, unfortunately, going on.

Huge house parties, large gatherings in parks, and even sports matches have been reported, and quite rightly so. Those people are risking lives and putting the brave men and women of the NHS and other front-line professions in danger. They deserve what they get.

That’s a long way from reporting a neighbour who gets in a car and drives away from their home, when they probably have a very valid reason for doing so.

We should show tolerance, understanding, and give the benefit of the doubt to our neighbours and communities at this critical point in the pandemic.

Let’s support each other – and not curtain-twitching snitches. We all have to live with each other when this is all over.

Professor John MacIntyre has worked in higher education for 30 years. He is a keen follower of politics on both sides of the Atlantic and lives in Northumberland.