Image credit: LabourList. A just and fair society depends on a free and accountable media, writes Nathan Sparkes, ahead of the Labour leadership result this Saturday. 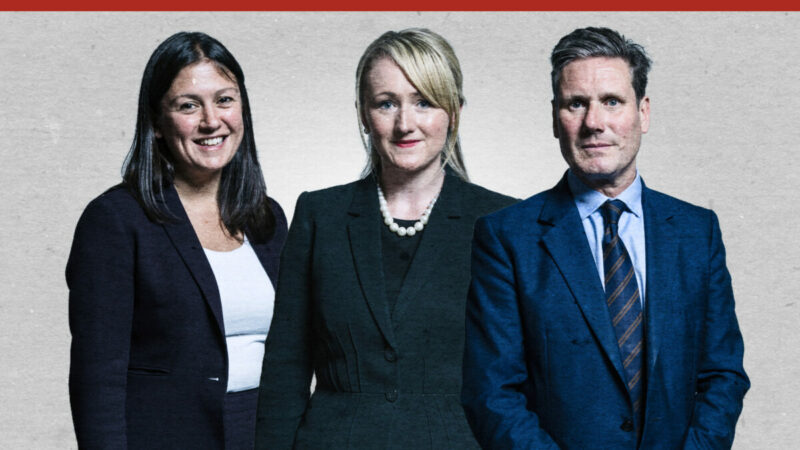 Media policy may sound like a niche issue.  But the reality is that it is hard to find any aspect of public policy that it doesn’t touch.

Whether it is Brexit, climate change, social security or immigration, the press plays a significant role in shaping the views of the public and, in turn, politicians.

We aren’t talking about dead trees here.  Yes, print circulations have declined, but online readerships have rocketed: of the ten most popular news websites in the UK, eight are of national newspapers.  Newspaper websites reach more than 40 million people per week.

So what happens when large newspaper publishers – the leading conduits of information for the public – are not regulated?  Despite Ofcom regulating broadcast media, and every other major industry in the UK being subject to some form of robust regulation, the press remains an outlier.  One regulator exists, called IMPRESS, which regulates around 130 local and investigative publishers.  But the largest titles have all opted out.

Instead, they are in a complaints-handler called IPSO.  Lacking regulatory powers and controlled by the industry, the consequence is that publishers get a free pass to say almost anything they like (or that gets clicks), with little prospect of being held to account.

Take Brexit. InFacts discovered dozens of examples of false stories published by pro-Leave newspapers in the run-up to the public vote.  Many weren’t sanctioned by IPSO at all, and those that were found in breach of the standards code (which is written by newspaper editors of course) were sanctioned so pathetically that publishers had no incentive to do better.  IPSO-ordered corrections, which can usually fit on a post-it note, are consistently of far poorer prominence than the offending coverage.

When The Sun ran a frontpage story falsely stating the Queen supported Brexit, the correction ordered was so weak that the paper’s editor said he would happily repeat the false article.

This and many other false stories were published ahead of a national referendum, the outcome of which will shape the future of our country for generations.  The impotence of IPSO might very well have affected the outcome of the vote.

Equally, when it comes to immigration policy, climate change, welfare and almost every other area of policy, the largest publishers can put out front-page inaccuracies with impunity.  Sometimes these are careless (rarely, one suspects, given the resources available to these publishers).  Often, and particularly when the fake story chimes with the editor or owner’s own political agenda, one might speculate they are deliberate.

Of the 40 million people that read these newspaper websites every week, and the fake news they sometimes publish, many of them vote.  When fake news influences public sentiment, politicians and governments adjust their positions accordingly – on immigration, welfare policy, whatever.  All because the press remains unregulated.

It gets worse.  Anyone who has read much from the largest newspapers in the country – including the broadsheets – will quickly detect clear prejudice directed against minority groups.  Muslims, immigrants and many other groups are the victims of appalling abuses in the media.

Called “cockroaches”, wrongly accused of hostile behaviour, and being referred to with the same despicable language used to refer to Jewish people under Nazi Germany, some newspapers have engaged in the lowest forms of bullying and abuse imaginable.

Yet IPSO, whose standards code is written by editors, does not even allow complaints to be considered where groups of people are the victims of discriminatory and abusive reporting.

Then there are the countless individuals who have done nothing wrong yet find themselves the subject of repeated journalistic intrusions and libels.  Sometimes they are well-known people.  Often they are not: they are victims of crime or tragedy who have been thrust into the media spotlight by events outside their own control.

You might think that if newspapers are not independently regulated, they will at least retain a purer freedom from political oversight.  But you would be wrong.

This is because the largest newspapers don’t seem to mind political oversight when the politician in question appears to be compliant with their agenda.

The Leveson model of press regulation – backed by Labour and other progressive parties for years – bans party-political involvement at all levels.  But IPSO, controlled by the biggest publishers, has appointed a Member of the House of Lords – Lord Faulks – to be the organisation’s Chairman.  Lord Faulks was a member of the Conservative Party until the date his appointment to IPSO was confirmed and was a government Minister only a few years ago.

Furthermore, a serving Conservative peer, Lord Black of Brentwood, sits on the Committee which owns the standards code which IPSO “enforces” and has a veto over IPSO’s rules.

The picture on ownership and plurality is little better.  While it is argued that the rise of the internet gives the public access to more sources of news than ever the reality is that, as set out above, many of the most-read online outlets are the same outlets which have always been most popular in print.

The metrics for measuring media plurality are outdated, and the process for triggering plurality reviews is in urgent need of reform.  At a local level the vast majority of titles are owned by a small handful of large publishers – which stand accused of damaging the interests of the local press more broadly.

For all of these reasons it is imperative that the Labour Party continues to stand up for the Leveson framework and progressive media policy.

Until there is reform and newspapers are independently regulated, public debate on a range of issues will be damaged by fake news in the press.  Politicians will continue to unhealthily influence press accountability.  Minority groups across the country will continue to suffer abusive and discriminatory coverage.  And many, many innocent individuals will be affected by intrusion and press bullying.

To build a better society, we must start with a free and accountable media.

Nathan Sparkes works for the Hacked Off Campaign and is on the Co-Ordinating Committee of the Media Reform Coalition.