Tony Blair adviser John McTernan called on Starmer to strike while the iron is hot and rid Labour of it's left figures. Jamie Beauvais explains why Labour needs unity. 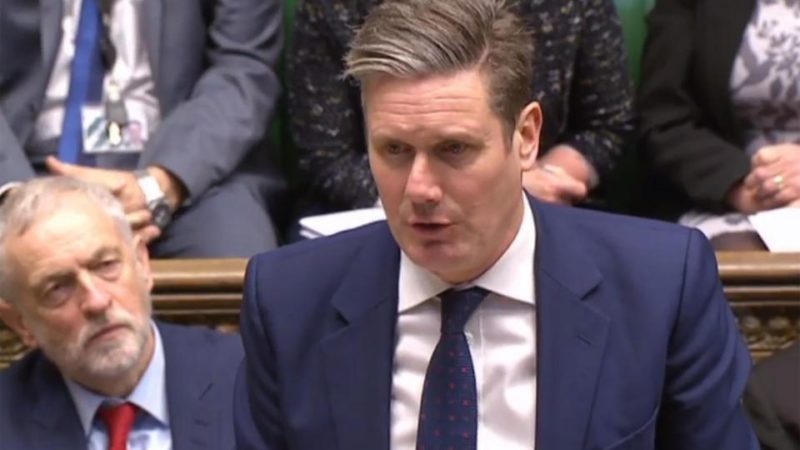 It was announced on Saturday morning that Sir Keir Starmer had been elected as leader of the Labour Party. Following a four-month contest, the former Director of Public Prosecutions beat other leadership candidates, Rebecca Long-Bailey and Lisa Nandy to the role, receiving 56.2% of votes cast by Labour members.

In an almost immediate response to Starmer’s victory, the political magazine, The Critic, published a piece written by former Tony Blair adviser, John McTernan. Written as a Memo to Keir Starmer, the piece lists ‘Five Rules for Ruling’ which McTernan believes Starmer must undertake to ensure the future prevalence of the party.

Notably authoritarian in tone, much of the piece revolves around McTernan’s desire to purge the party of those on the left, calling on Starmer to ‘Punish the Losers’ and take ‘vengeance in victory’. Starmer is encouraged to do this by sacking Labour general secretary and Corbyn ally, Jennie Formby, whilst also minimising the influence of self-proclaimed socialists Rebecca Long-Bailey and Richard Burgon.

“Continuity Corbynistas like Rebecca Long-Bailey and Richard Burgon must be exiled to the backbenches for the rest of their parliamentary careers, which should be as brief as possible,” McTernan wrote.

Calling on Starmer to forego ‘permission or forgiveness’, McTernan advocates a witch hunt to ‘purge the party machine’. He then goes on to compare those on the left of the party to the Trotskyite group, Militant, which tried to infiltrate Labour throughout the 1970s and 1980s.

McTernan closes the piece with an attack on Labour members, suggesting that those loyal to the likes of Burgon and Long-Bailey should ‘return in disgust to the fringe parties where they should have been all along’ and that the party conference must merely be a ‘loyal leadership rally’.

Regardless of ideological stance, it is questionable how McTernan’s vision could be beneficial to anybody within Labour. The party has been consistently undermined in recent years by infighting, ideological factions and public dissent in prominent media outlets.

The very public disagreements were even utilised by the Conservatives who used social media platforms to suggest ‘Corbyn can’t even lead his own party. How could he lead the country?’ in the build-up to the 2017 general election.

Would attempting to purge the party of prominent left-wingers really mould Labour into McTernan’s image, or would it simply exacerbate Labour’s public lack of unity and the factionalism which has dogged the party and contributed to undermining its electability?

It should also be noted that a number of progressive policies forwarded by Corbyn’s Labour are popular in the eyes of the electorate. This includes railway and water nationalisation, increased taxation on the highest earners, as well as a push back against Tory imposed austerity measures which Corbyn’s Labour brought to the forefront of political conversation.

Yougov also found that most of the UK public, and almost half of Conservative voters, supported Labour’s plan of total decarbonisation of the UK by 2030. McTernan should be reminded that this policy was part of Labour’s Green Industrial Revolution which had Long-Bailey as its key architect.

It must be stated that throughout the leadership campaign, all candidates, Starmer included, have consistently highlighted the negativity of the ongoing factionalism within the party and how a lack of unity is negatively impacting the public’s perception of Labour.

Starmer, prior to becoming leader, also stressed his desire to maintain progressive policies such as the nationalisation of rail, mail, energy and water, increasing income tax on the top 5% of earners, as well as abolishing tuition fees.

Moving forward, Starmer must do his utmost to stop damaging infighting and the continuation of ideological factions. Labour is the largest political party in Europe, it is, therefore, a given that there will be differing ideals amongst members and MPs alike. It is through open discussion and an appropriate balance of opinion that the party moves forward. Drawing ideological battle lines and calling for certain elements of the party to be purged will only damage Labour further.

One Response to “Ignore the calls for a ‘purge’: Labour needs unity now”