As long as every constituency still has an MP. 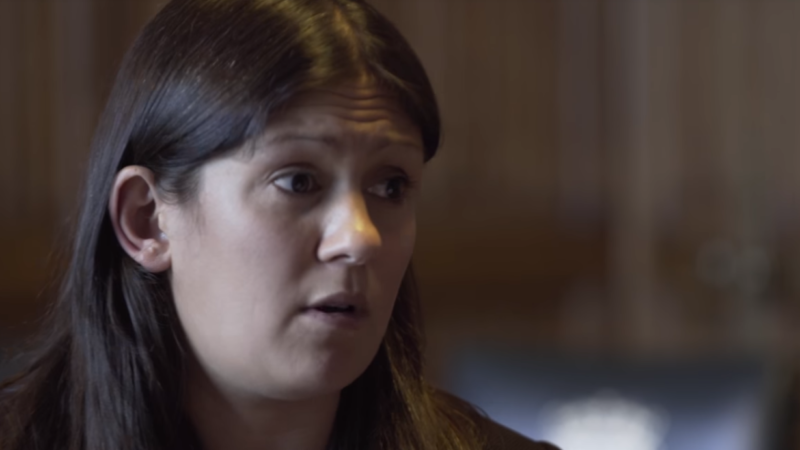 In a video interview with Left Foot Forward, she said that she and the Labour Party have a lot in common with the Greens but that electoral pacts “cut the public out of the conversation”.

Asked if she might consider an electoral pact with the Greens, Liberal Democrats or Plaid Cymru, she said she had “I’ve never been hugely enthused by the idea of doing deals behind closed doors”.

People in parts of the country who have never had a Labour MP often feel very strongly that they want to vote Labour, she said.

On proportional representation, she said: “It’s something the Greens feel incredibly strongly about for obvious reasons,”. At the last election, the Tories got 22 times as many MPs per vote as the Greens did.

Nandy said that First Past the Post “needlessly divides” people from one another. “When you stand for election,” she said, “you’re standing not just against the Tories or the Brexit Party but you’re standing against people who, particularly the Greens and climate change, on a whole range of issues you might really really agree with.”

However, she said that the constituency link – which means every constituency has a dedicated MP – is really important. This can be lost in some more proportional voting systems.

Nandy said one of the reasons that the constituency link was important was that her role as MP for Wigan meant she could see the Brexit vote coming and understand what was behind it – which wasn’t racism but 40 years of decline and a desire for control.

She did not mention a particular voting system she favoured but the Single Transferable Vote and Additonal Member Systems are more proportional than First Past the Post while also retaining a constituency link.

She also said that, to introduce proportional representation, Labour would have to get into government under the current system. “There’s no substitute for winning the argument,” she said.

Nandy has been involved in the think tank Compass, which supports cross-party left-wing co-operation, and co-wrote a book with Green MP Caroline Lucas and Lib Dem Chris Bowers in 2016 which had a chapter about proportional representation.

During the interview, she also spoke about coronavirus, the Labour Party, military intervention and Piers Morgan.