From community organising to military interventions - we put your questions to Labour leadership contender Lisa Nandy. 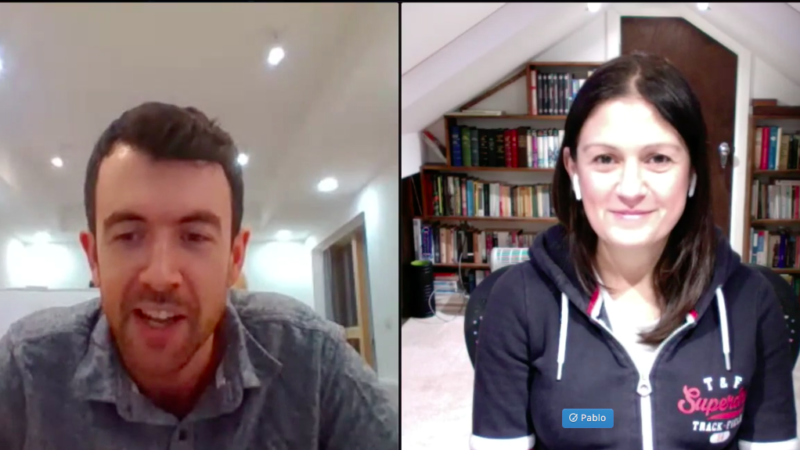 Coronavirus crisis: A welcome return of experts – Nandy expressed her relief that the government had brought the experts back and stressed the importance of being guided by the medical expertise.

She also talked about how the opposition are working closely with the government. But communication has been poor – There has been a vacuum of well-communicated information. This has been responsible for the confusion that has led to stockpiling and other panic behaviours.

Nandy says Labour shouldn’t delay their leadership contest but should get on with getting a new team in place ready to work with the government in a cross-party way in the interests of the country.

Labour should be less factional if it is to succeed – Nandy said that one thing she regrets about the 2016 leadership contest was it leaving the Labour Party more divided rather than more unified by the end of that process.

She reiterated that factional behaviour wasn’t one sided and had come from both front anf backbenches before, during and after the contest. She now believes that Labour must turn the page saying“factions are a dead-end for Labour. They prevent us from getting into government [and] turn us against one another.”

Nandy pointed out the breadth of her support from environmentalist George Monbiot to the GMB who represent energy workers as well as pointing out that she is the Chair of Labour Friends of Palestine as well as being supported by the Jewish Labour Movement.

Move decision making in the party out of London – When asked about the community organising model, Nandy described the way it had been undertaken as “profoundly patronising. She felt it had – in practice – meant a bunch of people trained in theory but with little understanding of local communities coming in and telling locals what to do.

She then branched this point out to argue for both moving Labour HQ out of Central London and also devolving power from that office.

Among measures to ensure this would be giving CLPs full power over choosing candidates (with caveats around representation – with particular reference to those with disabilities). She also reiterated her pledge to bring the leaders of the Scottish and Welsh Parties and devolved Mayors to Shadow Cabinet meetings.

There are times when the UK has a moral obligation to provide military intervention. While her inclination is to try and use diplomacy and to avoid war, there will be times when we have what Robin Cook (the architect of what became known as ethical foreign policy who resigned over the wat in Iraq) called “A duty to protect. She cites Kosovo and Sierra Leone as successful examples of this and the genocide in Rwanda as a failing when it did not happen.

She also criticised Deputy Leadership candidate Richard Burgeon’s policy of putting such action to a vote of Labour members and waiting for the response arguing that such situations escalate rapidly, and the wait would clash with the party’s “ethical responsibility.”

No case for a second referendum on Scottish independence. Probably unsurprisingly given that Nandy was not a supporter or either the 2016 referendum on the EU or a mooted second one, she does not support another public vote on this issue believing referedums to be divisive. However, she says that she wouldn’t block a second referendum if “that’s what the overwhelming majority of people wanted.” But she does not believe there is evidence to support this.

She sees that the Labour Party have struggled with the question of independence, where Labour gets caught between two stalls between the pro-independence SNP and the pro-union Tories. But Nandy believes that towns (and we wouldn’t have got through an hour of Nandy talk without that word!) in Scotland have more in common with towns in the north and even south of England than with big cities.

Her argument with Piers Morgan over the trans pledge continued after the cameras stopped rolling. After an on-air debate that Nandy descibed as ‘heated’ and ‘angry’ with Piers Morgan over her signing of the Labour pledge on trans rights, the two continued to exchange words. Nandy described Morgan as “flippant” and as “trying to turn something that is quite complex into a binary choice between two groups of very vulnerable people.”

Nandy spoke of the fear that domestic violence survivors in her constituency felt about the erosion of safe spaces for women, and spoke again of her young trans constituent who is having a difficult time with the Gender Recognition Certificate process.

She argues that jokes about “two-spirit penguins” and transitioning cause real-world harm to an already marginalised community. She believes “We are going to look back at this moment in history, and some people are going to feel profoundly ashamed of the way that they conducted themselves and [she is] determined not to be one of them.”