Workers and taxpayer lose out as usual. 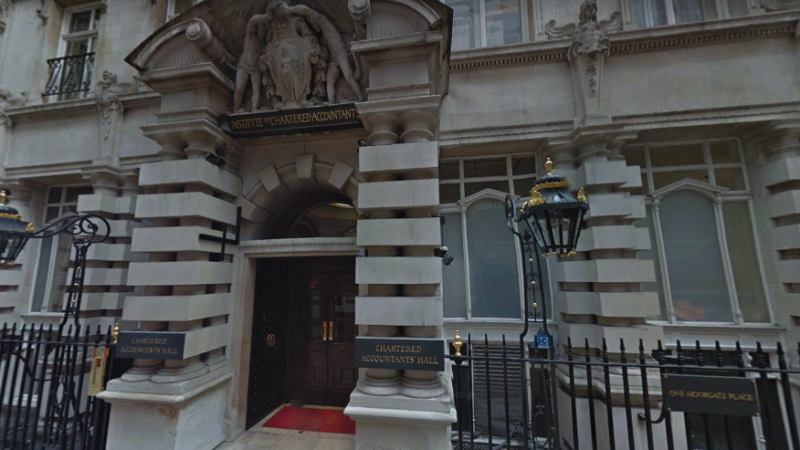 For decades, accounting firms have been delivering dud audits, but have collected millions of pounds in fees.

In pursuit of fees they have shown little respect for the rules. Ineffective regulators levy puny fines, which have become just another cost of doing business and have made little, if any, difference to the quality of audits.

The same woes have long been evident in the insolvency industry, another state guaranteed market reserved for lawyers and accountants belonging to a select few accountancy trade associations.

The latest evidence comes from Deloitte’s handling of the insolvency of Comet, a major UK electrical goods chain.

Last week Deloitte were fined £925,000 and two of its former partners – the administrators responsible for winding down Comet – were fined £50,000 and £25,000 by the Institute of Chartered Accountants of England & Wales (ICAEW) for failures of independence.

The background is that after a series of losses Comet entered administration. Three Deloitte partners were appointed administrators on 2 November 2012.

Comet owed £232m to its unsecured supply chain creditors who recovered little from the insolvency. As administrators, Deloitte were required by law to hold consultations with 7,000 employees before any redundancies, but did not do so.

An employment tribunal ruled against Deloitte and enabled employees to claim compensations for unfair dismissal.

However, as Comet was bankrupt, redundancy payment of some £26m were met by taxpayers. HMRC failed to collect another £26.2m in VAT, PAYE and National Insurance as it is an unsecured creditor.

Deloitte partners subsequently became joint liquidators. In the period to 2019, the firm is estimated to have collected over £15m in administration and liquidation fees.

Deloitte made another £1.4m from advising Opcapita, the backer of Hailey Acquisitions, Comet’s parent company, before the chain entered administration.

Hailey Acquisitions was a client of Deloitte. Despite apparent conflict of interests, Deloitte became administrators and liquidators of Comet.

In July 2014, the UK Business Secretary referred Deloitte’s appointment to the ICAEW on two counts. Firstly, a potential conflict of interest as the three partners had previously advised the company and parties connected with Comet.

Secondly, the £26m cost inflicted on taxpayers by Deloitte. In the words of the Business Secretary, “There can be no excuse for failing to comply with the law which is very clear in this area”.

The insolvency industry has around 1,300 active practitioners who handle all UK personal and business insolvencies.

They are licensed and regulated by five trade associations, mainly accountancy bodies, under the supervision of the Insolvency Service which is part of the Department for Business, Energy and Industrial Strategy.

None of the regulators have any independence from the industry. The ICAEW is one of these regulators. Big accounting firms provide its council members, officeholders and personnel for major committees. The ICAEW frequently opposes reforms at the behest of big firms.

On 30 January 2020, some five and half years after referral from the government, the ICAEW announced the outcome of its inquiry.

A full report is not available. Instead, a three and half page disciplinary report says that Deloitte and its partners did not comply with the rules on independence and conflicts of interests. A £1m fine has been levied.

No questions are asked about the exorbitant charge-out rates. Stakeholders cannot corroborate anything as insolvency practitioners’ files are not publicly available.

The ICAEW disciplinary report does not say anything about the issue of violation of the rights of Comet employees and the £26m bill footed by taxpayers.

Courts do not normally negotiate fines wrongdoers, but the ICAEW generally levies fines after consultation with big firms. Details cannot be ascertained as the ICAEW and other insolvency regulators are not subject to the freedom of information legislation.

The £1m fine will  not be used to lighten the burden on Comet’s unsecured creditors or taxpayers. Instead, it fills the coffers of the ICAEW because it licensed the errant insolvency practitioners. It is directly benefitting from their failures.

The same thing has happened to the fines levied on audit firms for delivering dud audits. The ICAEW pocketed millions in fines from pre-2016 investigations.

In the insolvency industry non-compliance with the rules is very profitable. Deloitte and its partners failed to comply with the rules but made over £15m in fees.

The  puny fines invite firms to game the system as they can generate big fees and easily pay puny fines. The ICAEW’ s coffers swelled by £1m from failures of its own members. Deloitte’s failures landed taxpayers with a bill of £26m but the government has not taken any against the firm.

The regulation of insolvency is not fit for purpose. Regulators have no independence and take years to complete any investigation. The insolvency industry has a licence to print money, has a history of abuses and lacks public accountability.

Update: This article was updated on 5th February to make it clearer that not only accountants are insolvency practitioners and the ICAEW has supported some reforms in the past.

One Response to “Prof Prem Sikka: The insolvency regulator is in bed with the industry”