Should Caroline Lucas be made COP President? 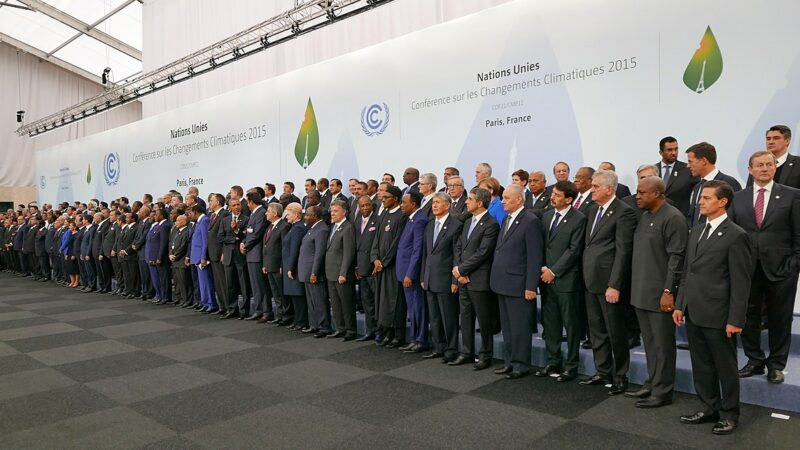 Years of Brexit chaos have done great damage to the UK’s international reputation.

First, David Cameron for narrow tactical reasons called a hasty, ill-informed referendum with more confidence than sense, suffering a great, and for him politically fatal, blow.

Then the political establishment, after years of indecisive, uncertain positioning managed to deliver an election finalising Brexit with the backing of 46% of voters (when it was clear the majority of the country did not want it to happen).

The Scots are being driven to independence, despite the avowed unionist sentiments of the largest political parties in the UK. Northern Ireland faces being cut off from the bulk of the nation of which it is a part, with a border down the Irish Sea, and chaos on its land border with the EU.

This while nothing is being done to tackle a massive problem of poverty and inequality, with seven of the poorest regions in Northern Europe being in the UK. And as the UK is not on track to meet its legally binding climate change commitments.

Internationally in 2017 and 2018, I mostly encountered bemusement and sympathy about the state of Britain. In 2019, that was increasingly replaced with satirical laughter.

Despite that, the world entrusted us with a crucial role central to the survival of life on Earth as we know it, the presidency of the Conference of the Parties of the UN climate treaty (COP26).

Of course there are all sorts of diplomatic limits and hedges around who can do it. It had to be a European state this year, it couldn’t be France, which did such a brilliant job in 2015.

And the UK has diplomatic strength in numbers and experience, a strong academic and legal tradition of championing human rights, and the practical advantage of English being the language in which most diplomatic encounters are conducted (sorry France.)

So the UK was given the job, with Glasgow as the host city.

What has happened since can only have left the international community doubting the wisdom of that decision, and wondering if the Italians would have been a better bet.

On the account of Claire O’Neill, the relatively junior politician given the job of presidency (in 2015 that role was taken by the respected French foreign minister Laurent Fabius), nothing much at all has happened.

We found this out after she was unceremoniously sacked by Dominic Cummings last Friday.

A promised Cabinet sub-committee has not met. On Ms O’Neill’s account, “we should have clear actions to communicate to the diplomatic network, an agreed plan of Ministerial international engagements led by you from now until November and a roadmap for the Year of Action,” but none of these are in place.

Now it is emerging that Mr Cameron, yes the same man who made such a mess of Brexit, has been offered the job. Whether that was “hug a husky” Cameron or “green crap” Cameron is unclear, and anyway academic, since he turned it down.

William Hague, former Tory Party leader, a man who has just about lived down an unwise baseball cap, was also offered it and refused.

Michael Gove, who made something of a name for himself after a disastrous stint as Education Secretary by making lots of positive environmental noises in the Environment portfolio, doesn’t really care if he gets it or not.

Let’s stop and think what we are talking about here.

When David Cameron is a mere footnote, a historical Brexit curiosity, when William Hague and Michael Gove are forgotten from history, Glasgow COP26 will be firmly in the history books.

That could be, has to be, for good. It could be remembered as the turnaround point when having woken up to the seriousness of the Climate Emergency, and the Crisis of Nature, and all of the other planetary limits we are knocking up against or have already exceeded.

It could be remembered as when the world abandoned the disastrous chasing of infinite growth on a finite planet that marked the second half of the 20th century, and started on an action plan to deliver a decent life for every human on the planet – the already agreed Sustainable Development Goals.

It could, of course, go the other way. I’m by profession an optimist, but history is not pre-written, but made.

History could instead record that COP26 – the meeting that was supposed to finalise plans for keeping global warring under 1.5 degrees – instead dissolved in acrimony and chaos and was the point at which all hope of the collective endeavour, and success, was lost.

Boris Johnson might have a place in history, as he so obviously wants, but entirely as a villain, a failure, a man who allowed the Earth and the people on it to crash into chaos.

The appointment of the presidency is key. The COP meeting each year is a focus for global attention, but it is the preparatory work of months, the detailed, forensic but passionately engaged work that we saw by the French in 2015 that makes success possible in those two hothouse weeks of global attention.

We need a committed, passionate, focused, determined person, who’s already on top of the issues to lead.

Who could that be? Well Twitter, via a poll from Leo Hickman, has come up with one suggestion, Green MP Caroline Lucas

Natalie Bennett is a former leader of the Green Party of England and Wales, a member of the House of Lords and a contributing editor of Left Foot Forward.

One Response to “Natalie Bennett: The UK must take the COP climate talks more seriously”