He said he thought Mandarin would only be useful for ordering food. 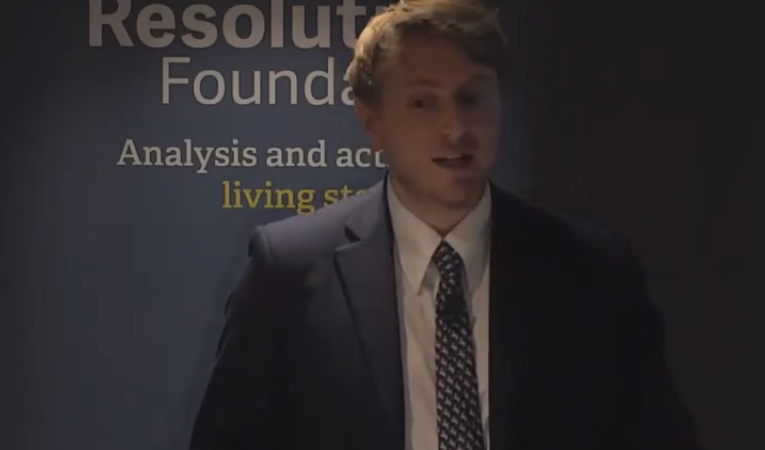 Chinese Labour figures have accused a Tory MP of “lazy preconceptions” and “reductive stereotypes” about the British-Chinese community.

The new MP for Bolton North-East Mark Logan was speaking at a Resolution Foundation event about aspiration in communities outside of London when he said:

“When I was growing up in the rural areas of County Antrim in Northern Ireland, to learn Mandarin Chinese, for me it didn’t seem like it was going to be much use for me in my local town of Ballymena, unless the obvious of ordering food from time to time. People often crack the joke ‘can you help me order a number 48 Mark?'”

“Mark Logan is implying here that all British-Chinese people work in Chinese takeaways. The British-Chinese community come from a range of backgrounds and do a wide range of jobs. As someone who has worked in China for the Foreign Office, Lawson surely knows this. So why is he playing on this reductive, cliched stereotype for a cheap laugh?”

Vincent Lo, a former Vice-Chair of Chinese for Labour and a councillor in Brent, added:

“It is sad that even in 2020 at the start of a new decade, a next generation Conservative MP decides to simplify an entire civilisation into a ‘joke’, invoking the Trump playbook of divide and conquer, based upon lazy preconceptions of a bygone era, at best consigned to the dustbin of history.”

“I wonder whether China will find Mark Logan’s comments funny, when we seek a bilateral trade deal in a post-Brexit Britain with the second largest economy in the world. It reminds me of the playground that I grew up in, the only difference is we didn’t understand politics back then.”

Logan did a Masters in Chinese Studies at Oxford University, became the head of communications in the British consulate in Shanghai and is now a vice-chair of the UK-China All-Party Parliamentary Group.

During the last election campaign, he posted a video entitled ‘a man walks into a Chinese restaurant, what happens next?’ in which he ordered a Chinese takeaway in Mandarin and asked the man taking his order if he would vote for him.

When asked for comment, Logan said: “This is not what I said, and has been taken out of context. Very poor journalism. And I have worked over a decade to build the relationship between UK and China. You give journalism a bad name.”

See the video here. The comments start at 31.07