Macron's pension reforms - which would increase the retirement age in many sectors - have been met with fierce resistance. 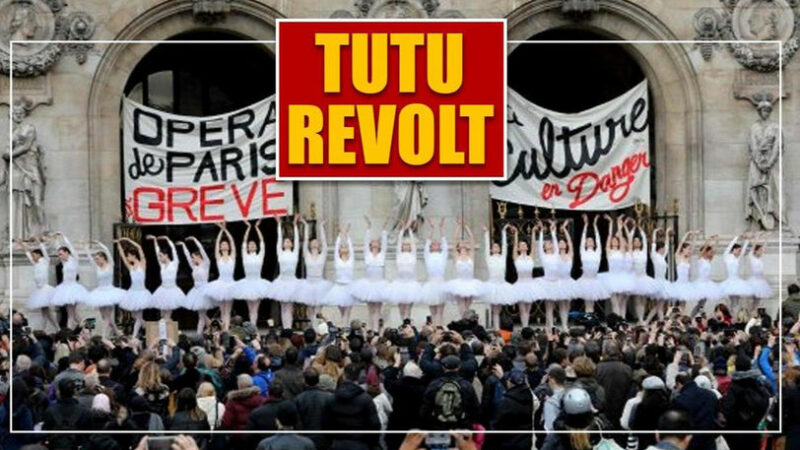 French unions are now pressing ahead with more pension strikes despite President Emmanuel Macron’s call on New Years Eve for all sides to reach a ‘compromise’.

In his address to the nation Macron urged the government to find a ‘speedy compromise’ with the French unions and he put the French Prime Minister Edouard Philippe on the spot saying he ‘expected his government’ find the way get a deal.

Philippe Martinez, the secretary general of the main French union confederation the CGT said he had heard the Macron speech a ‘thousand times before’ and said Macron was ‘stuck in a bubble – thinking that everything is OK in France’. He called for the French public to join the strikes, which began in early December.

The French pension system is complex with different arrangements applying to different groups of workers.

Early retirement plans and pensions are jealously guarded by French workers. Macron succeeded in angering France’s union leaders (even the more moderate ones) with his proposals to roll them up into one scheme and telling them the retirement age, may have to rise from aged 62 to 64 if another way cannot be found to reach an agreement.

Government ministers have tried to pin the blame on Martinez for being ‘obstructive’ – with a junior transport minister Jean-Baptiste Djebbari accusing Martinez and the CGT of intimidation. Martinez immediately shot back accusing the government of presiding over ‘organised chaos’ and deliberately making the conflict even worse.

Martinez is  a wiley and experienced union leader. He has tapped into the public anger and resentment from French workers at having their pensions and retirements meddled with by a government they do not trust.

And the government strategy is backfiring.

The culture minister was forced to make concessions to ballet dancers from the Paris Opera who went on strike and performed Swan Lake on the streets of Paris before the Christmas holiday – described as “the most beautiful picket line Paris had seen”.

Other concessions are being proposed by ministers to airline pilots, firefighters and police – but they appear to be set against making concessions to powerful rail and transport workers who have been at the vanguard of the strikes.

If the French unions continue to mobilise their membership and maintain popular public support for another series of national strikes Macron’s reforms to the pension system look doomed.

Trade unions in Europe and in the UK have shown support and solidarity with French workers in this struggle – and are now closely watching developments. The next national strike is scheduled for January 9th which will make the strikes the longest on record since the 1980s.