Labour have to ask why they now have just one MP north of the border. 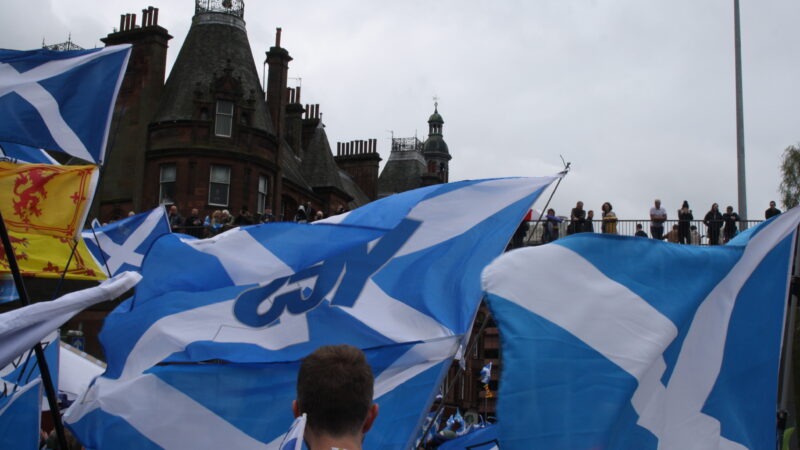 It may have been a bad night for Labour across the UK, but it is hard to exaggerate how bad last month’s election was for the Scottish party.

Despite expectations of recovery, it saw an 8.5% decline in the vote share, which means that once again leafy, affluent Edinburgh South is the only bastion of red remaining north of the border. The vote fell to a poor 18.6%, including a fall in every single constituency, with five of the party’s six seats going to the SNP.

It wasn’t for a lack of trying. Good candidates were in place with good messages. As a resident of one of it’s target seats – Glasgow North – I saw lots of Labour campaigners and got more campaign literature from Labour than I did from every other party combined. But that wasn’t enough. The SNP won here with an increased majority, just as they did across most of the country.

I should be clear about my own biases, I was a Labour Party member for 9 years in and around London. I was active in the branches I attended, chairing two and standing as a council candidate in 2014. Some of the most capable and brilliant campaigners I’ve ever known are Labour Party members. However, upon moving back to Scotland last year I cancelled my membership. It’s not just that I support Scottish independence, and have done since long before I ever joined Labour, it’s also that the party up here has deep-rooted and serious problems and divisions that stop it from presenting any kind of united front. All of those problems appear to be getting worse rather than better.

If there is an upside to the decimation it is that the party appears to finally be asking itself the hard questions. Monica Lennon MSP has written an article for the Daily Record today that makes the case for Scottish Labour breaking from the UK party and going in its own direction.

Likewise, former leadership contender and Corbyn supporter Neil Findlay MSP has joined her in calling for the party to drop its opposition to another Scottish referendum in the aftermath of Brexit. So far they are relatively isolated voices, but both are regarded as allies of the leadership.

These debates are long overdue.

It was meant to be so simple. After the 2014 vote Labour was supposed to dust itself off and comfortably resume its natural position at the top of Scottish politics. The delusion set-in fast. “I’m Astonished By How Easy It’s Been To Outwit The SNP” proclaimed the then leader Jim Murphy less than 4 months before achieving what was, until last month, the worst result in the entire history of the party.

One of the reasons for the collapse is that it’s not just Scotland that’s split on independence, it’s also Labour supporters. Polling from Ashcroft has found that 40% of Scottish Labour’s 2017 supporters back independence. Obviously this is not a majority, far from it, but it feels reasonable to assume that many of the hundreds of thousands of votes Labour has shed since 2014 are from Scots that support Yes.

Put simply, there is no route to recovery for Scottish Labour that does not involve winning support from a large chunk of the 45-50% of Scots that currently support independence. That does not mean that Labour has to support Yes, but if it ever wants to win back the huge number of votes it lost to the SNP then it must support the right of the Scottish Government to ask the question again, rather than joining forces with the Tories in saying No.

If there is to be a new lease of life for Scottish Labour then it can only come after another referendum has taken place. With a right wing Tory government in place and implementing a Brexit that Scots voters have rejected time and again, the democratic case for one is too strong to be ignored.

As long as the constitution is the dominant issue in Scottish politics then it will serve to benefit the SNP, which is the main party-political voice of the Yes movement, and the Tories, who have successfully taken the lionshare of the No vote. There is obviously little political capital to be made from trying to out-nationalist the SNP, and there is even less in trying to out-unionist the Tories.

A No vote would put the issue to bed definitively, cause huge divisions in the SNP and allow for rebuilding and a greater focus on Labour’s solutions to domestic issues. On the other hand, a Yes vote would present a new political landscape, an uncertain future for the SNP and allow an opportunity for Labour to shake off the past and reconnect with the many voters it has lost.

The stakes could not be higher. It was not long ago that Labour was the dominant voice in Scottish politics, but the chances of that happening any time soon could not feel more distant and remote. Independence is supported by a majority of Scots in all age groups except 55+. Likewise Labour is trailing in all age groups. As long as things continue as they are, the situation for the Scottish party can only get worse.