"The conversation on Irish unity is already underway. We now need to see formal preparations for a unity referendum begin in earnest." 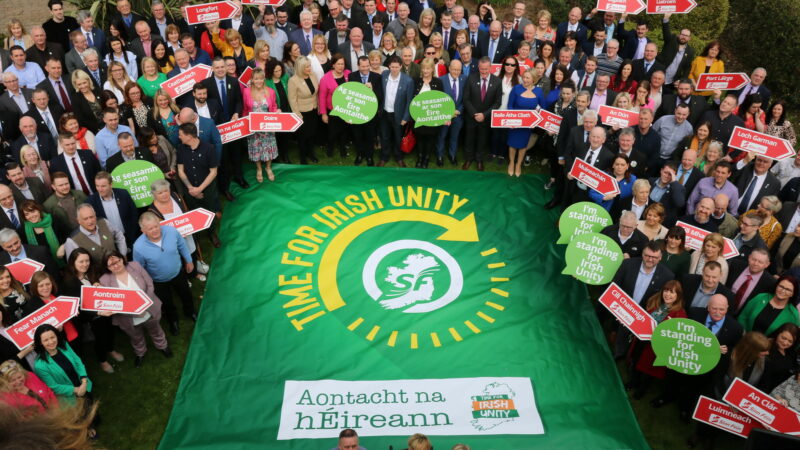 The new decade will bring huge challenges and opportunities for the people of Ireland.

The disastrous Tory Brexit agenda and its ongoing fallout paralysed politics towards the end of the last decade – and the impact of crippling austerity policies presided over by successive Tory prime minsters is still being felt.

But the crisis and calamity of the last ten years does not have to define the decade ahead.
The new decade can be a decade of opportunity for the island of Ireland.

Across the north, across the island and throughout the Irish diaspora, there is now an unprecedented interest in Irish unity.

For the first time since the partition of Ireland, growing numbers of people are now seeing their future on the island of Ireland.

Now more and more people are looking to Irish unity as an answer to the problems created by Brexit and Tory austerity.

At the recent Westminster election, for the first time since partition, the north is now represented by more nationalist MPs than unionist MPs.

That is the continuation of a trend in recent elections which saw an end to the unionist majority in the Assembly and two remain-supporting MEPs elected.

That is clear evidence of a growing demand for Irish unity. Successive opinion polls have also shown increasing support for Irish unity north and south.

All of this highlights the need for a referendum on Irish unity, as provided for in the Good Friday Agreement.

The conversation on Irish unity is already underway. We now need to see formal preparations for a unity referendum begin in earnest.

Ahead of any referendum, there needs to be a proper lead-in period for informed debate and discussion.

The disaster of the Brexit referendum has shown what happens when people go into a referendum process unprepared.

We can learn from that debacle and instead have a referendum in the next five years after a period of reasoned, informed and mature debate.

We now have an opportunity to prepare to shape the debate and discussion ahead of a unity referendum. There is a role for everyone in that debate; nationalists, unionists, republicans and everyone else.

Across Ireland, civic society has organised to take part in that debate on a new constitutional future. There is a role, too, for progressive voices in Britain to get involved in the discussion, urging the British government to fulfil its responsibility to hold a referendum.

Already, progressive voices across Europe understand the Good Friday Agreement and its provision for a referendum on Irish unity and recognise the opportunity it presents to create a new, modern democratic state based on the principle of equality.

So the decade ahead can be one of opportunity where we can build a new Ireland, within the EU, reconciled with itself and with a new relationship with Britain.

Chris Hazzard is an Irish Sinn Féin politician who has been the Member of Parliament for South Down since the 2017 general election.

9 Responses to “Sinn Féin MP: It’s time to start preparations for a referendum on Irish unity”