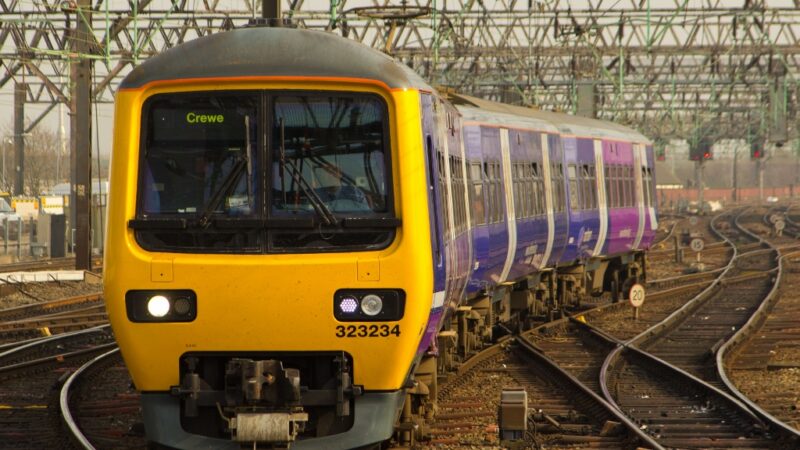 In my five years as Deputy Leader of the Green Party, I’ve taken my fair share of trains up, down and across the country. It’s my favourite way to travel. But it’s no surprise to me to learn that less than half of passengers are satisfied with the value of their train tickets.

The truth is that we’re paying far too much for services which are far too unreliable.

Each year on January 1st, as a welcome back to another year of commuting, our fares rise. They don’t just rise faster than wages, they rise faster than inflation. This year, fares went up by 2.7 percent meaning that some passengers are now paying more than £1 a mile. Compared to our European neighbours, we spend five times as much on season tickets.

While prices go up, our services are getting worse. In 2018/19, over one in ten trains in the UK were delayed, while 3.4 percent of trains (that’s over 250,000 journeys) were cancelled altogether.

If you are lucky enough to step onto a train which has turned up on time, you have to be doubly lucky to be able to sit down. This time last year, we learned that some of our busiest routes are very nearly double their capacity, meaning that you and I are forced to travel stood up for hours at a time, crammed into corridors, bike racks and toilets.

If that weren’t enough, the private companies wringing our everyday journeys for every last drop of profit are waging war on the quality of our services by cutting vital staff like train guards. This makes our services less safe and less accessible.

For many people with a disability, navigating the rails remains close to impossible. Over 8 percent of the national fleet is still unaccessible, after the sector missed a deadline given over ten years ago. Even Paralympians are left waiting on platforms, unable to board in a wheelchair.

While the government bails out Flybe on the flimsy justification of connectivity, thousands of our own citizens aren’t even connected to their own local community.

Even this Tory government has been forced to admit that privatisation is failing, as ministers nationalise the abysmal Northern rail franchise.

It’s clear that the experiment of privatisation on our railways has failed us all. That is, everyone except the fat cats making millions from our everyday journeys. But nationalising one rail franchise – as we’ve seen today – just isn’t enough.

It’s time to bring back all of our railways into public ownership, and invest to make the greenest way of travel the cheapest, most comfortable and most convenient.

Bringing back our railways into public ownership means that our train services would be accountable to the taxpayer rather than shareholders. That is to say, people actually using the trains, rather than investors wanting to make as much money as they can.

A YouGov poll last year found that 64 percent of people want the rails to be brought into public ownership, suggesting that the disaster of privatisation is completely obvious to the ordinary people forking out thousands to be smashed into a train like sardines.

If this government is serious about regional connectivity and the climate emergency, they need to renationalise our rails, and invest in public transport to make it the number one way of traveling around the country.

The government may make a song and dance about providing £500m to reopen the Beeching lines – mainly rural lines and stations which were scrapped in the 1960s. But even a cursory glance shows that this will only be funding ‘feasibility studies’ into reopening routes. The Tory pledge is as flimsy and false as the promise of forty new hospitals.

But even taken at face value, £500m is a drop in the ocean compared to the level of investment we need to see in our crumbling transport infrastructure. Things could be different. The government will soon make a decision about HS2, now projected at over £100bn, and with no upper limit on what it could eventually cost.

If we cancelled this white elephant, we could fund a real local transport revolution. We could reopen countless discontinued lines, invest in rolling stock to alleviate overcrowding, and put rail at the heart of an integrated service of buses, trams, walking and cycling.

Our railways are a public good, and they’re more valuable than ever during a climate emergency. The lesson from the collapse of Northern rail is clear: privatisation has been an unmitigated disaster. Now it’s time to put passengers before profit.