On Brexit, the Tories now have nowhere to hide. 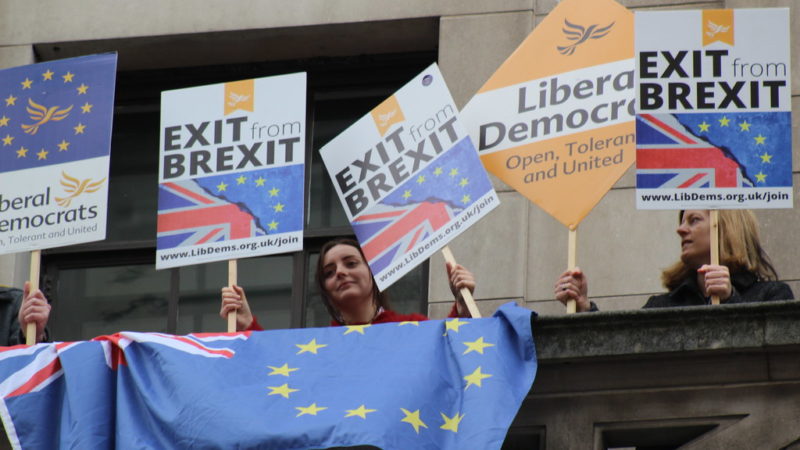 Labour’s Remain MPs accept that Brexit is now happening. So is this the end of the war, or merely the conceding of a battle? Are Remain defeated or in tactical retreat?

Labour MP Wes Streeting has spoken of Boris Johnson’s predicament on winning the election: “He’s got no hiding places, no scapegoats, no one else to blame. Boris Johnson is now accountable for all the promises made in the referendum and the general election.”

So holding the government to account is the backbench strategy. If the leadership contenders are smart enough to prove their muscle, they will compete to hammer the Tories and Labour will be setting the agenda.

If not, then Labour will engage in a period of naval gazing followed by a new leadership whose strategy we don’t yet know. What we do know is that the failure to oppose Brexit has caused us huge problems previously.

Brexit has dragged on because it is impossible to meet the opposing objectives of the Brexiteers, yet Boris Johnson did a good job of arguing that the problem has been due to Labour. Our compliance has been used as a weapon against us while our opposition was never heard because it was never made.

This is a war of attrition and it is tempting to give up and fold, to concede and move on. But in their victory the Tories have never been so weak, because as Wes Streeting so eloquently points out, they have nowhere else to hide.

For Johnson, everything has been staked on Brexit. In the last negotiation he was so desperate that he agreed to give up Northern Ireland and place a border down the North Sea. This means that the EU no longer fears a border being built across Ireland so they can play hardball with the British from now on.

What the EU have learnt is that the Tories will always concede at the last minute. Every time the Tories have negotiated, they have always thrown in the towel at the midnight hour then pretended to the home audience that they have won.

The misery facing Johnson is that his new intake of MPs are mostly aligning with the ERG making that pressure group more powerful. Yet his votes in the election were gained through the promise that Brexit would no longer generate daily rancour in the news. He really is running out of road.

His latest tactic is to argue that he must be allowed to negotiate in secret, but that’s exactly what Theresa May tried to do to cover up her lack of strategic objective.

Compared to May Boris Johnson is much better at doing politics, but with all his bridges burnt, the question remains whether Labour MPs will allow him to swim.

The question for Remain Labour is this: did we lose the war, or merely concede the battle?

Dan Mccurry is the chair of the Labour Party Economics Society. He lives in East London and works as a criminal defence lawyer.

12 Responses to “Is Remain defeated or in tactical retreat?”