"It will change my life completely," said one contractor 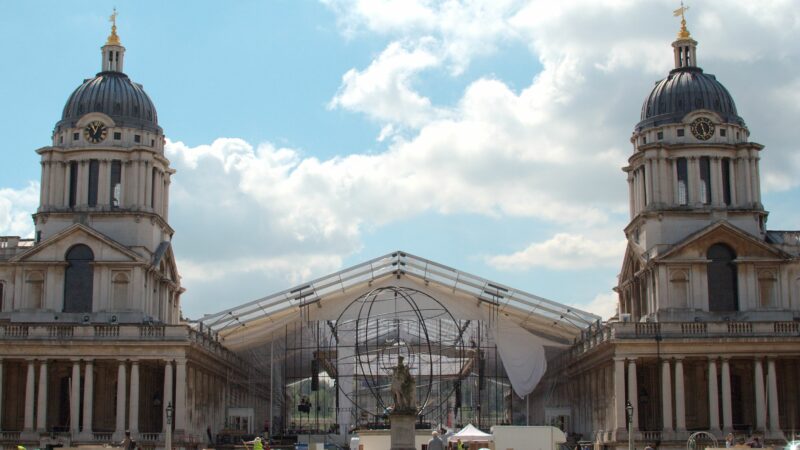 University of Greenwich contract workers will be celebrating today as they win a dispute, seeing them get a 23 per cent pay rise plus other benefits.

It’s no small achievement. Caterer Bel Howard has already come out to say the wage increase will “change her life”.

The change, which will benefit all outsourced workers, including caterers, cleaners and security guards, is a result of striking and union activity.

It has today been announced that all outsourced workers at Greenwich University will receive the London Living Wage on £10.75 per hour, which will take effect from May 2020. It means cleaners will get a 23 per cent increase and cafe workers will get 16 per cent more.

All outsourced workers will also receive the same occupational sick pay and holiday entitlement as dedicated employees at the university.

The union, United Voices of the World (UVW), tweeted: “Big news: Victoria at University of Greenwich. Outsourced workers, including cafe workers, cleaners and security guards at @UniofGreenwich, have won a pay raise to London Living Wage and the same occupational sick pay and holiday entitlement as directly employed staff!

“This is largely thanks to the brave cafe workers who took 4 days of strike action and ran a boycott of the cafe, owned by @BaxterStorey. The campaign was greatly supported by @IWGBunion.”

This victory happened because the cafe workers, represented by the trade union United Voices of the World (UVW), took four days of strike action in October 2019. Academic staff supported the dispute, which saw strikes at the University’s graduation and a boycott of its board meeting, its cafe and a cafe owned by BaxterStorey.

The cleaners and security guards were represented by the Independent Workers Union of Great Britain (IWGB), who in turn supported the UVW’s campaign.

The result was astounding and, hearing from some of these outsourced workers, will have a huge impact on people’s lives.

Bel Howard, a caterer who has worked at the cafe for over 20 years said even though her wages will only go up by £1 an hour it will change her life completely.

She said: “It takes a huge worry off my mind of how to pay for my bills. Also, I don’t have to work ill anymore!

“It’s winter now, flu time and we all come to work when we are ill as we simply cannot afford to be sick, it’s not just us in the café but also the cleaners and security guards. This is what makes this victory so great, we can all rest and recover now when ill!”

Another cafe worker, Orlena Poda, has also reflected on how the change will impact her.

“First of all, I want to thank UVW, which gave me the opportunity to believe in my strength,” she said.

“At the same time, I am proud of myself that I made this step to fight for my rights, because most of my life I was intimidated by management and did not dare to speak up. But through my union UVW I realised that if I don’t talk about the injustices many migrant and precarious workers face, no one will do it for me.

“First, it was very difficult for me to find my voice, I had to convince myself that I am also a human being who has not only duties, but also rights! It is very nice that now with this victory we see that we have been heard, that we are valued and respected. Together we are stronger. I very much appreciate and express my sincere gratitude to all those who supported us and gave us the strength and confidence to fight for our rights.”

Joining in with the discussion, Petros Elia, UVW trade union rep and strike organiser said: “Today’s victory was the result of the courageous cafe workers and shows the continued power and importance of strike action and direct action.

“Now the fight continues to force the university to in-house all employees and end the discriminatory practice of outsourcing once and for all.”

“This is a victory for the entire University of Greenwich. We said NO to poverty wages, we said NO to working sick and we said NO to inequality between directly employed and outsourced workers. This victory shows we can and will win if we fight together. It was great to see that the academic staff stood behind the cafe workers, security guards and cleaners.

“Also, for the students in Greenwich – many of whom work themselves in low paid, precarious jobs and without sick pay or holiday pay – this campaign was education in action. We are one university, one community and we support each other. This is a big victory for the outsourced workers but the campaign will not stop there. It is outsourcing itself, the inequality between directly and indirectly employed staff, that has to go!”