The groups will work to protect the remaining part of the Harvil Road Wildlife Protection camp after HS2 bailiffs evicted the field section of the camp without a High Court notice last week. 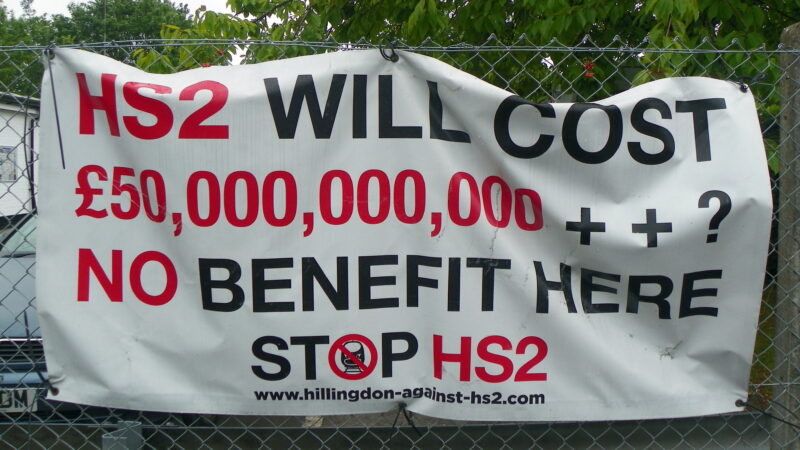 Extinction Rebellion, Stop HS2 and Save Colne Valley are set to come together this weekend in an attempt to save trees which are due to be felled to make room for HS2 building work.

The decision for the activist groups to join forces comes as the Wildlife Trust published a report today which revealed that the building of the express railway service is going to cause “far worse” environmental damage than originally expected, with hundreds of UK wildlife sites at risk of destruction.

The groups will work to protect the remaining part of the Harvil Road Wildlife Protection camp, which has monitored, highlighted and stalled the HS2 demolition since October 2017, after HS2 bailiffs evicted the field section of the camp without a High Court notice last week.

HS2 officials have said that they can evict the camp under Compulsory Purchase Order (CPO) powers, despite protesters having legal occupation of the land under the Criminal Law Act.

Campaigners argue that the government should halt building work being carried out for HS2 because of the environmental impact, and instead focus on improving local travel.

“Due to an incomprehensible decision to have a 250mph running speed, HS2 has been designed from the outset to have a greater land-take and deal more damage to the natural environment than any single railway or motorway project in UK history.

“Not only will HS2 still be a net carbon contributor 120 years into the future but as is being shown it is wreaking an unprecedented level of damage on the natural environment which inexplicably has continued during this supposed review period. This Government must stand up to the vested interests who continue to lobby for this fraudulent white elephant and have the guts to cancel HS2 before it is too late.

“There are alternatives – more benefits could be delivered to more people, more quickly by investing in sustainable local transport in areas away from London that suffer from poor connectivity.”

“While Australia is burning, HS2 is destroying our nature right here in the heart of the UK. At this time of Climate and Ecological Emergency, it is essential to safeguard our sources of drinking water and protect the wetland nature reserves, woodlands and wildlife of the Mid Colne Valley. To do this the HS2 project must be stopped – come join us this weekend and save the trees.”