It's time to smash the narrative that using nuclear weapons is 'patriotic'. 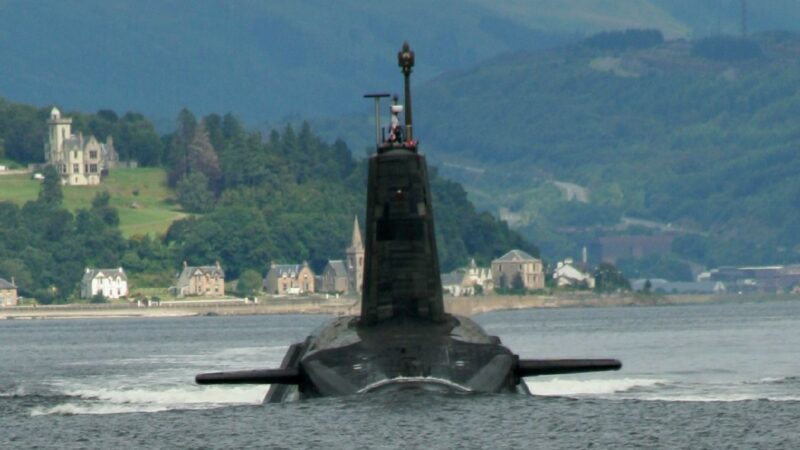 A recurrent trope in the post-election analysis has been Jeremy Corbyn’s supposed lack of patriotism. It’s worth examining.

Rather than arriving at this conclusion by demonstrating that Corbyn doesn’t love his country – for which there is no evidence whatsoever – it seems largely to be based on his unwillingness to commit to killing millions of innocent civilians at the touch of a button.

The media seemed hell-bent on pushing this approach during the election (and it’s resurfacing in the leadership debate). Fortunately others in the public eye, footballer Gary Lineker for one, have more common sense. ‘Nuclear thing is bonkers’ he tweeted, ‘We’re all f**ked if they’re ever used.’

Quite so. And he went on to say – in a twitter debate with TV presenter Piers Morgan – that Trident should be scrapped. Morgan tried to assert the strange logic that because we had them they hadn’t been used. Lineker quite sensibly pointed out that nuclear weapons would not have been used if there were no nuclear weapons.

But having blighted the election with a knee-jerk prime ministerial virility test this is now resurfacing during the Labour leadership contest. Candidates – most notably and recently, Rebecca Long Bailey on Tuesday’s Today programme – are again being asked their position on the use of nukes.  Because willingness to press the button has come to falsely symbolise strong leadership, patriotism and a commitment to Britain’s status in the world, who is going to say no?

Nothing could show more clearly the urgent need to have a genuine debate about nuclear weapons, what they are and what their use would mean. We also need politicians to realise that nuclear weapons are not something to posture wildly about – they are indeed weapons of mass destruction. There will be no life worthy of the name after their use. Survivors will envy the dead.

Most concerning is the fact that unquestioning attachment to a totemic but anachronistic weapons system prevents a real assessment of what is needed to meet our security needs in the 21st century – and what we need to spend our defence budget on.

It is an open secret that the MoD is overcommitted on ‘big ticket’ projects. Yet no one seems to dare to question Trident, presumably on the grounds that they would be immediately characterised as a lily-livered traitor.

National security strategies since 2010 have identified cyber warfare, terrorism, climate change, pandemics and organised crime as some of the key contemporary threats we face. Nuclear threats have actually been downgraded in risk level but nevertheless Trident replacement is proceeding – with significant opportunity cost to other higher level defence priorities.

Even former advocates of nuclear weapons, like Lord Des Browne, are speaking out. He was the Defence Secretary who pushed the decision on Trident replacement through parliament in the Blair years. Now he has raised serious concerns about the impact of new technology on Trident and its replacement.

When Trident was launched in the 1990s it was the gold standard of nuclear weapons, undetectable under the waters, 24/7.  Now, he states, the replacement will be obsolete before it’s launched: the rapid development of underwater drone technology will render subs fully detectable and advanced hacking skills will jeopardise the security of targeting and missile use.

So this is the problem with reducing serious questions about our national security to the level of a ‘will they/won’t they press the button?’ game show, trapping politicians in a ridiculous zero-sum game where actually everyone loses. Our real security needs are ignored and underfunded. It’s time for change – rethinking our security is well overdue.