LFF speaks to Stop the War's Lindsey German on the US killing of Iranian General Qasem Soleimani. 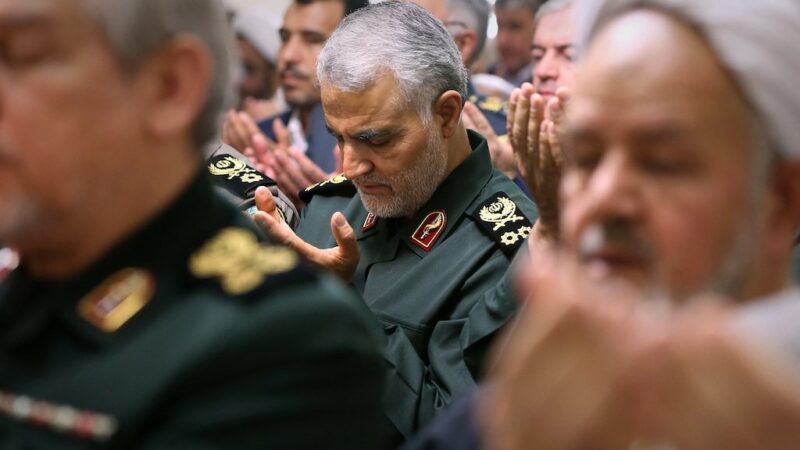 Anti-war campaigners have issued a stark warning over the US’ extra-judicial killing of Iranian General Qasem Soleimani – arguing we are at risk of a major war with global ramifications.

Lindsey German, convener of the Stop the War (StW) coalition told Left Foot Forward that the movement behind the Iraq War protests in 2003 are planning a demonstration on Saturday against military conflict with Iran – and are considering a major national march in the next couple of weeks.

“[The killing] is an act of international terrorism – it is completely dangerous and will provoke reaction from Iran and Iraq too. We’ve already seen citizens in Iraq urged to leave, [Israel’s PM] Netanyahu returning back. Any escalation will involve a wide number of powers, including Russia, Israel, and Saudi Arabia.” German said she was ‘absolutely certain’ Iran will retaliate – potentially including US targets in Latin America, Africa and the Middle East.

The StW convener told LFF the conflict was ‘becoming global’. “You don’t want to look at the worst case, but you can see it potentially escalating very badly. There are still US troops in Iraq, other spots around the Middle East.”

“We’ve said for years that if this [situation in the Middle East] isn’t resolved it will come to war.”

Lindsey German accepted that the UK – who might normally support joint action with the US – are ‘extremely nervous’ at the situation knowing the risk of escalation, but added: “In the end they will come in behind the Americans – which will put the UK in danger, including British lives and troops at some point in the future. We have to learn the lessons from the last interventions.”

Asked to outline a resolution to the growing conflict, German called for a complete US withdrawal from the Middle East. “They may have no choice but to leave.” However, the US is stepping up its number of troops in the Middle East.

Iran’s military is ranked as the 14th most powerful in the world, with around 900,000 potential troops at its disposal.

“The US assassination of Iranian general Qasem Soleimani is an extremely serious and dangerous escalation of conflict in the Middle East with global significance.

“The UK government should urge restraint on the part of both Iran and the US, and stand up to the belligerent actions and rhetoric coming from the United States.

“All countries in the region and beyond should seek to ratchet down the tensions to avoid deepening conflict, which can only bring further misery to the region, 17 years on from the disastrous invasion of Iraq.”

Green MP Caroline Lucas said: “The assassination of General Soleimani is a hugely provocative act in a massively volatile region.”

17 Responses to “As the US attacks Iran, are we at risk of a Third World War?”