Its not the first time he's been linked to anti-semitism. 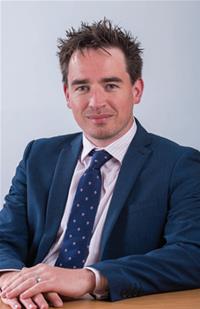 A Conservative councillor has labelled a Google search suggestion “antisemitic” before other Twiter users pointed out the suggestion was based on search history.

Sol Wielkopolski is a Conservative councillor in Barrow. In a now-protected tweet, he claimed that, after typing “Ju”, Google suggested he search for “Judaism just another cult”.

In fact, the clock symbol in his screenshot indicates that the search suggestion is based on previous search history.

It’s not clear what “Judaism just another cult” refers to. The other search term ‘Junkers 88’ is a German fighter jet used by the Luftwaffe in World War Two.

Left Foot Forward emailled Wielkopolski asking why his search history included these searches but at the time of publication he had not responded.

This is not the first time Wielkopolski has been linked to anti-semitism. In August, he was reported to Cumbria County Council’s monitoring officer after a tweet appeared to imply that Jewish people were wealthy – a common anti-semitic trope.

In the tweet, he said: “Why is Corbyn inciting hatred of the wealthy? I guess it’s consistent with his hatred of Jews. The wealthy pay far more tax and create more jobs than his tribe, so should be celebrated and cherished, not derided. Wealth should be a protected characteristic.”

David Wilkinson, who complained to the council, said Wielkopolski’s tweet “uses an anti-Semitic stereotype about people of the Jewish faith. In the current climate it is important that people in positions of influence and power are not able to air such views without having to feel the full force of the law.”

The new Tory MP for Hastings and Rye Sally-Anne Hart has also been accused of anti-semitism after sharing a video with an image implying the billionaire George Soros, who is Jewish, controls the EU and liking a Nazi slogan on Facebook.