For my generation, this election is our last chance. 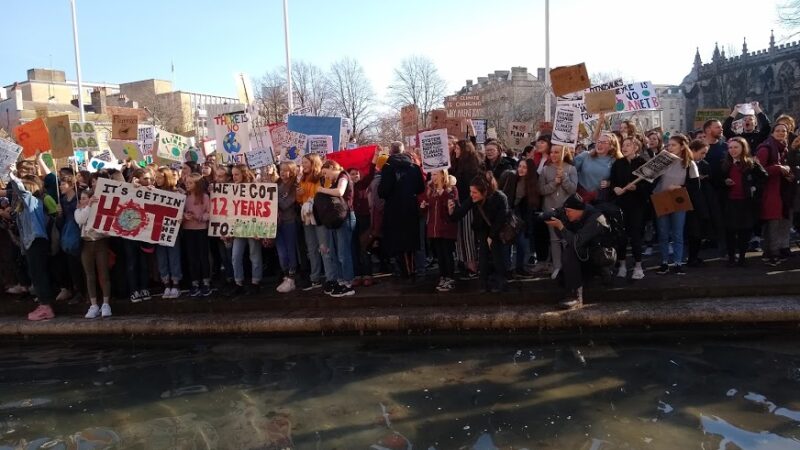 Hyperbole and hot air are common in politics. Politicians exaggerate, distort the truth, bend statistics and demonise their opponents. Their supporters can spew all sorts of nonsense, for reasons ranging from being genuinely misinformed to deliberately malicious. Claims and counter-claims about the impact of policies can be hard to keep up with sometimes, let alone decipher the truth of.

This time, in this election, however, it’s pretty hard to overstate what’s at stake. For so many of my generation, it feels personal, intimate, urgent, in a way it hasn’t before. It’s not just that there are serious issues at stake, there always are. It’s more than that – on so many of them, time is running out. This is why I’ve struggled to pen this piece – the genuine, bone-deep fear and anger and frustration at the injustice of it all, and what is to come if we lose, is so hard to put into words, too raw to scrutinise properly.

We have now obviously reached a critical juncture with Brexit, and the differences between no deal, various deals and remaining, whilst often seeming dull, will make real differences to peoples’ incomes, migrants’ rights, the performance of the economy and the standards we abide by in trade agreements (declining food standards, weakened workers’ rights and access to the NHS, to name a just a few). This alone would make this election a generation-defining one.

But Brexit barely scratches the surface of what is at stake this time. The NHS has been chronically, and deliberately, underfunded to the point where it’s now facing it’s worse winter crisis on record, and the US and private companies are circling, after more privatisation and access to data and drug sales. The NHS simply cannot withstand another five years of Tory rule – this isn’t hyperbole, but the warning coming from doctors and nurses who have committed their lives to the service.

The damage isn’t confined to the NHS either – public services more widely have been crushed over the last nine years too. From libraries to youth centres to schools to bus routes and so much more, many have been closed, cancelled or underfunded. The longer this continues, the bigger the job is to repair the damage to local communities and people’s lives.

Inequality comes with it’s own timeframe in which to be tackled too. Just 1% of the world’s population owns 45% of the wealth. It’s getting worse – in 2009, the 380 richest people on the planet had the combined wealth of the poorest 50% – now it’s the richest 42. The more concentrated wealth gets, the more power the rich accrue, power over our media, our politics and ultimately our lives, and the harder it gets to challenge them. This is obviously a global problem but one in which we as a large economy have to play a leading role in tackling.

More than anything else, climate change looms over this election, threatening our and countless other species’ very existence. It’s potential effects snare through everything – from food, water and energy shortages, to unpredictable and extreme weather events to huge civil unrest and mass migration to rising sea levels quite literally wiping towns and cities off the map. Again, this isn’t hyperbole, it’s cold hard science – the lives of people my age and younger will be irreparably changed for the worse by climate change if we don’t act now. Five more years of inaction would be a death sentence for millions.

Many in my generation have stayed away from mainstream politics, and I understand why. It’s failed us, consistently and often callously. For all our lives, we’ve never been properly represented in Westminster, burdened instead with politicians tweaking at the edges of a system that has failed a generation. In this context, disillusionment is more than understandable.

This time has to be different – we cannot afford to not vote. Labour is pledging a Green Industrial Revolution, creating a million unionised, secure, well-paid jobs in the UK, investing in home insulation and renewable energy on a massive scale, aiming to have cut the substantial majority of our emissions by 2030.

Labour is also offering a better standard of living for everyone, pledging to introduce a living wage of £10 an hour for all ages, and to strengthen trade union rights. Renting would be more secure and affordable, with rent controls, open-ended tenancies, binding minimum standards, a million new homes over the next decade, and full-fibre broadband free to every home in the country.

Transport will become more accessible and affordable with free bus travel for under-25s, where councils take control of their buses and bringing railways back into public ownership and making fares more affordable. Tuition fees will be scrapped and maintenance grants will be back, part of a wider ‘National Education Service’ that pledges more support for schools, further education and access to adult education. Crucially, the NHS, social care, and public services more widely will all receive much higher levels of funding (details here).

All of this will be paid for by taxing the wealthiest in society, and some borrowing to invest in the larger scale infrastructure projects. Those who benefit from the system most should pay more into the system that has given them so much.

For a generation we’ve been failed by politics. Finally, we have a mainstream party willing to address the issues we face – we can’t afford to let this opportunity slip through our fingers. Today, get out and vote for a better future than the one we’re heading towards.

Bradley Allsop is a PhD student and a committee member for Student Left Network.

2 Responses to “The fight of our lives”