Charity reveals increased UK arms licensing activity with the fastest growth in sales to the Saudi Arabia-led coalition in Yemen. 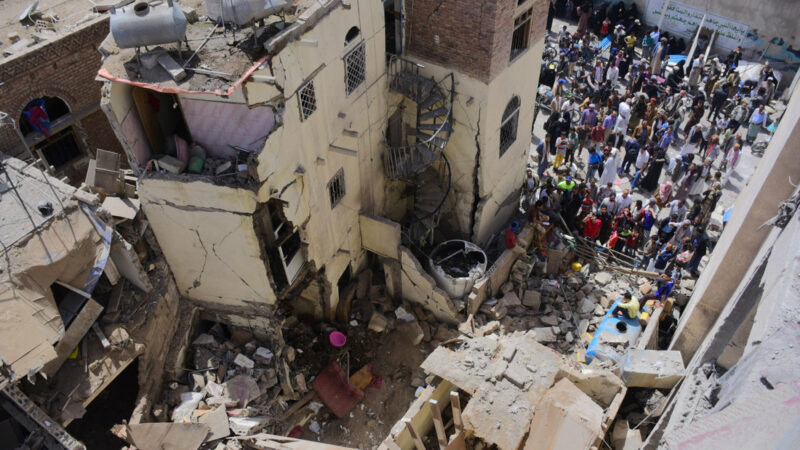 The UK has been selling more weapons to a Saudi Arabia-led coalition of countries, despite earlier agreement and a ruling effectively banning the arms trade with Saudi Arabia.

An Oxfam report on 24 December reveals that £6.4bn in arms have been licenced for sale since January 2015 to the eight members of the coalition.

The trade has continued this year – despite an arms trade treaty inked in 2014 where the UK agreed not to sell weapons that could be used in human rights violations, and a 2019 UK Court of Appeal ruling forbidding arms sales to Saudi Arabia.

The figure is a 45% increase on the previous five years, representing a £2bn rise in arms sales in the half-decade, according to Oxfam. This compares to a 35% rise in arms sold to all countries by the UK in the same five-year period.

Ruth Tanner, head of humanitarian campaigns at Oxfam, said the UK appeared to be “doing all it can” to avoid suspending arms sales to Saudi Arabia and coalition partners the United Arab Emirates (UAE), Kuwait, Bahrain, Egypt, Jordan, Senegal and Sudan.

“Just a few years ago, the UK government enthusiastically pursued the introduction of legislation to better control arms transfers to avoid the kind of indiscriminate violence that has been unleashed on civilians in Yemen,,” she said.

“This rise in arms sales should be a stain on our conscience. The Yemenis who’ve had to flee their homes, go without food and clean water, and endure outbreaks of disease need an end to this war.”

Ed Davey, acting leader of the Lib Dems, suggested the Tory government may have licensed the sale of UK-made arms for use in Yemen without assessing whether or not past incidents breached international humanitarian law.

This amounted to “blatant disregard for not only British law, but for the lives of innocent civilians”, he said. The Liberal Democrats were calling for this arms trade to stop.

“When will the Conservatives gain some humanity and listen?”

Labour were approached for comment on this article. A spokesperson said: “Labour will stop arms sales to Saudi Arabia for use in Yemen and work to end the war there, not actively support it as the Conservative government has done. And we will press for action to end human rights abuses in both Saudi Arabia and Iran.

“We will also support the UN Human Rights Binding Treaty to enforce accountability for human rights abuses perpetrated by corporations all around the world.”

He said that it took courage to go against the grain and make the right decisions in global affairs – rather than simply following allies such as Donald Trump’s USA into military activity which could end up making the UK less safe, rather than more.

According to Oxfam’s media unit, £3bn pf the £6.4bn was for aircraft, helicopters and drones and £2.6bn for items including grenades, bombs and missiles. The UK also granted 385 open licences to coalition members for the export of an unlimited quantity of goods.

The UK is a signatory to a 2014 Arms Trade Treaty meant to ensure no arms trade is permitted when it could be used in serious violations of international human rights or humanitarian law.

The UK government plans to appeal the ruling of the 2019 Court of Appeal that selling arms to Saudi Arabia is unlawful. But Oxfam says British bombs were implicated in an attack on Abs Hospital in Hajjah governorate in which 19 civilians were killed and 24 injured.

That’s despite in September, however, issuing an apology for failing to comply with the Court of Appeal ban.

At least 12,000 civilians have been killed in the Yemen conflict. Oxfam announced also that its own office in Al Dhale’e, Yemen was hit by two rocket-propelled grenades (RPGs) on 22 December, affecting aid to 15,000 people in the area.

The Green Party was also contacted for comment, but had not responded at the time of publication. Policy documents on the Greens’ website indicate a policy of extensive demilitarisation and repurposing of military/defence industries including weapons manufacture.