Sharing your pronouns shows soldiarity with the non-binary and transgender communities. 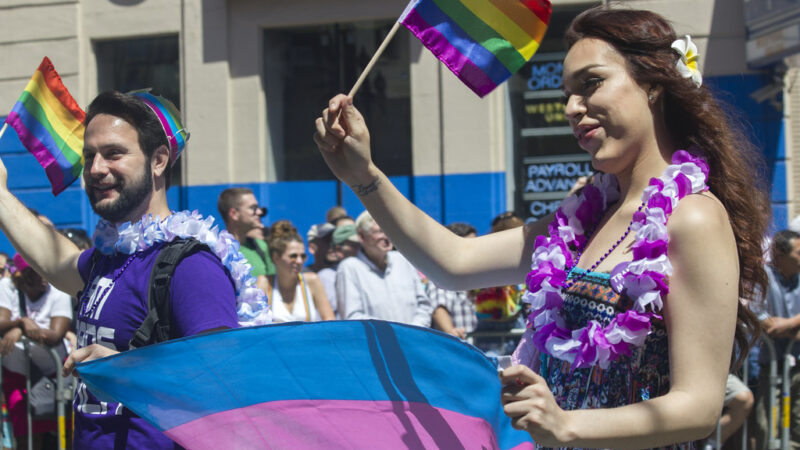 More and more people are publically sharing their pronouns on their social media accounts.

However, none of the MPs from the previous parliamentary term included their personal pronouns in their Twitter bios.

Pronouns are words that can be used in place of a name to refer to someone. E.g. “she is campaigning”, “he voted”, “they were elected”.

These are often (but not always) based on the gender of the person they’re referring to. As gender is an innate feeling, it is not externally visible so it’s not always obvious which pronouns to use. People may dress or act in a way specific to their gender which makes it easier to guess, but these guesses aren’t necessarily correct.

This is particularly important for transgender people (whose gender identity does not match the one they were assigned at birth) and non-binary people (who don’t identify as either a man or a woman).

Using the correct pronoun to refer to someone shows respect and acknowledges their gender. It’s a basic act of manners like making sure to pronounce someone’s name correctly.

Many people who are not transgender (known as cisgender) choose to share their pronouns to show solidarity with this marginalised community.

This normalises the process and allows transgender and non-binary people to specify their pronouns without revealing themselves to be transgender or non-binary, which isn’t always safe.

Some cisgender people also choose to use a pronoun that does not match their assigned birth gender. This may be done for political reasons, like supporting gender equality, or simply because they prefer another pronoun.

When it comes to pronouns there is only one important rule to follow: ask don’t assume. It’s not possible to know someone’s pronouns without them telling you.

Until a pronoun is specified, it’s best to use gender-neutral pronouns or ask the person what pronouns they use. To make this easier, some people wear badges giving their pronouns.

Despite the lack of UK MPs listing their pronouns on their social media accounts, it’s not unusual for politicians to include their pronouns in online profiles.

Leader of the Labour Party, Jeremy Corbyn, introduced himself with the pronouns “he/him”. Unfortunately, none of the politicians who shared their pronouns went on to add them to their online bios.

Jeremy Corbyn also gave “Jeremy” or “Jezza” as alternative pronouns. Some people prefer to use their name or a shortened form of their name instead of pronouns, particularly when none of the common pronoun options feel right to someone or if their gender identity is fluid so their pronoun often changes.

As well as offering personal support, MPs have the power to reduce systemic barriers for transgender people.

Kim Barrett (they/them) is a freelance writer from Oxford, and tweets here.