The party wants to spend £300,000 encouraging young people to vote. 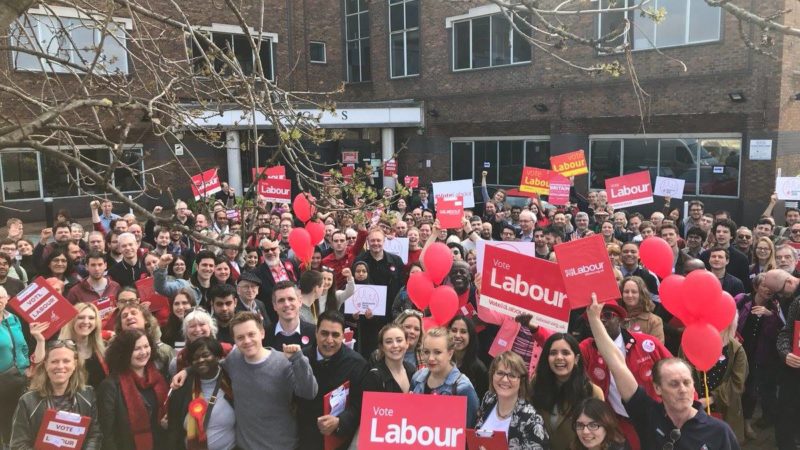 Momentum are trying to raise £300,000 to spend on adverts encouraging young people in marginals to vote.

The group says that there are 2.4 million young people in marginal seats – who are hard to reach offline as they rarely answer the front door if they’re not expecting anyone.

In an email to supporters, the group said:

“But we’ve realised something huge. Although our ad spend promoting Labour is capped – there is no limit on how much we can spend targeting hard to reach young people and making sure they vote.”

“This is a game changer – and with no cap we’re aiming sky high. Nearly 2.4 million young people live in marginals. If we can raise £300k in the next 6 days we can reach every single one of them.”

The election is on a knife edge. Just 57% of young people voted at the last election and a surge in marginal constituencies will tip the balance.

Every single penny we raise will go towards laser targeted ads at young people who are hard to reach through door knocking.

We know it’s a huge target – but this election has shown the strength of our movement. Together we can do it. We have to.”

So far, Momentum’s Facebook and Instagram adverts have criticised the Tories and promoted Labour – mainly through cutting videos of bad Tory interviews and ‘ordinary people’ saying why they support Labour.

The Liberal Democrats Facebook and Instagram adverts have promoted tactically voting for them – to beat Labour or the Tories or the SNP. These adverts claim ‘only they can beat’ a certain party – but in fact, in many of them the Liberal Democrats came third in 2017.

The Conservatives have also run four misleading Facebook adverts – using claims which have been criticised by fact-checkers.