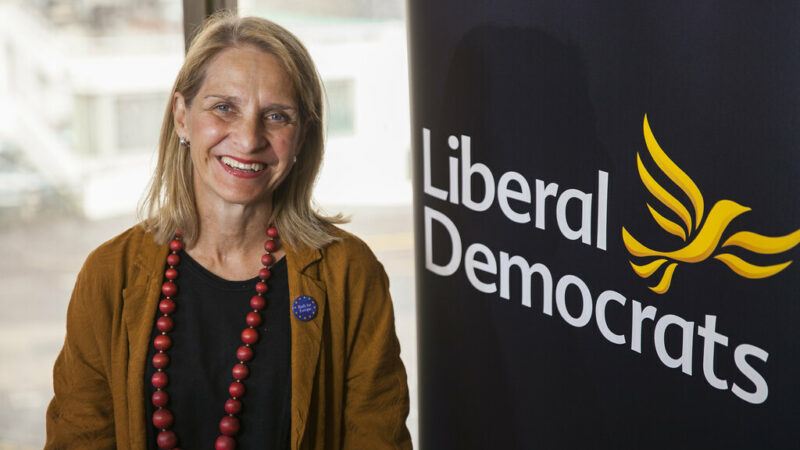 Lib Dem MP Wera Hobhouse told the Commons today that the anti-Brexit campaign is finished – sounding the death knell for a movement that mobilised millions, before imploding during the election campaign.

The MP’s candid speech came just hours before MPs voted through Boris Johnson’s Withdrawal Agreement Bill to its next stage.

The debate on the Bill often felt like a funeral for the anti-Brexit campaign – with Brexiteers calling for Remainers to move on, and Remainers accepting this fate.

Hobhouse’s words landed heavily on a movement that has fought to the bitter end. That fighting eventually turned in on itself, with the enormous public implosion of the People’s Vote campaign during the election.

Other leading figures in the movement have recognised that the battle against Brexit has been lost.

Richard Brooks from For Our Future’s Sake, one of the leading youth anti-Brexit campaigns, told LFF: “The reality is that with the passing on the Prime Minister’s Withdrawal Agreement, the campaign against Brexit is over. However, MPs walked through those lobbies today, voting for something which they know makes our country poorer and less powerful – at some point in the future, they will be held accountable.”

But Labour for a Public Vote director Mike Buckley disagrees: “52% of the country voted for Remain parties. We had 1 million on the streets for Remain barely two months ago. Brexit is not going to work out well for anyone. The debate changes significantly now – but fundamentally I think Brexit is only sustainable if it improves people’s lives, which we know from every impact report available that it won’t.”

However, Buckley admits that the way Remainers must campaign now has to be ‘very, very different now’. The cold hard reality is that we will leave the EU next year.

This afternoon MPs backed the Withdrawal Agreement Bill on its second reading, by 358 votes to 234. So what now? Do Remainers just get over it, or keep fighting? Perhaps Remainers must also go through a Labour-like ‘period of reflection’ over the Christmas break…

10 Responses to “Lib Dem MP declares: “The battle to stop Brexit is over””