The UK's most read publication - The Sun - waged all-out war on Corbyn. But Merseyside voters rejected the hate. 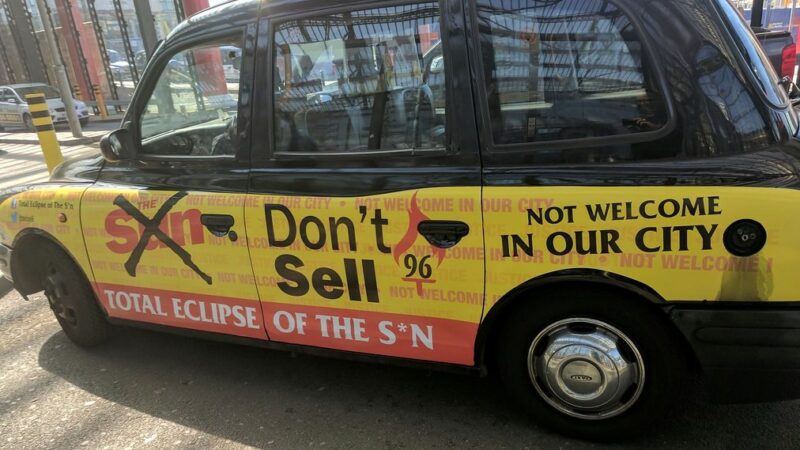 The ‘Brexit election’ saw shock gains by the Conservatives in long-standing Labour constituencies in the North like Darlington, Blyth and Durham North West. But 14 Labour MPs retained their seats – or gained them back from ex-Labour defectors – across Merseyside.

Some of the largest Labour majorities were made in Liverpool, with Walton’s Dan Carden winning 84.7% of the votes and Knowsley’s Sir George Howarth winning 80.8%. Although an argument can be made that these seats were retained or gained because some of these MPs have been long-standing candidates, Birkenhead’s Frank Field, former Labour MP of 39 years, ran as an Independent but lost to Labour’s Mick Whitley by 17,705 votes.

What makes Merseyside so different in their voting intentions than say, Workington, which has a similar racial and gender demographic but was gained by the Conservatives from Labour? Clearly, there are other loyalties at play, and this can be found in a regional distrust of the right-wing media.

Liverpool was largely a Remain area in the referendum, and a report this year by academics from the London School of Economics and the University of Zurich found that Merseyside rejecting the most read newspaper in the UK – The Sun – played a role. The study showed that attitudes towards the EU got significantly more positive in Merseyside during the boycott.

After the election, Professor Jon Tonge of the University of Liverpool, told the BBC that Merseyside remained strongly Labour due to a local history and culture that ‘sets it apart from the rest of England’: “It’s the socialist republic of Liverpool. The citadel. It’s Corbynista-land”.

Merseyside’s ‘Total Eclipse of The S*n‘ campaign seeks to eradicate The Sun newspaper from shop shelves – and it has been successful. Campaign banners are hung around the city, many black cab taxis advertise the message and independent shops pledge support with stickers in their windows declaring that they do not sell The Sun.

This campaign was formed in the years since the 96 deaths of Liverpool FC fans at Hillsborough during an FA Cup match, and the deeply offensive coverage that The Sun newspaper published that claimed that Liverpool fans picked the pockets of victims. Following advice that Liverpool should be “allowed to decline” some years before, Margaret Thatcher voiced a concern that a report into the disaster would be a “devastating criticism” of the police and should not be pursued, leading to a cover-up that has yet to be resolved. The connection between the media and politics has been ever-present in Merseyside. The right-wing media and the Conservatives have been rejected repeatedly ever since.

Much of the criticism that Corbyn supporters had, and still have, is the media’s portrayal of him as unelectable – a message particularly pushed by The Sun, The Daily Mail and The Express – and of course more subtly in other parts of the media. In terms of The Sun, Merseyside voters have remained indifferent to their message by simply not engaging with it, but in voting overwhelmingly for Labour they have also displayed an awareness that the political messages of the right wing newspapers should be questioned because they are undeniably linked to political bias.

My guess is that Merseyside residents will continue to vote for Labour, no matter who is the leader. But in personal experience, Corbyn and his shadow cabinet are well-liked, shown by huge numbers of people attending the rallies he put on during his leadership. It’s no coincidence that the ‘Oh Jeremy Corbyn’ chant was first coined in Birkenhead’s Prenton Park during a Libertines concert.

It is important to analyse where Labour went wrong, but equally productive is to see where it went right, as it did in Merseyside. I’ve no doubt that rejecting a key plank of the hard-right press has played a part – as part of a long term political praxis, a general questioning of what news can be trusted.

Encouraging this scepticism to the right-wing press, and building our own media, could help a future Labour victory.

Jessica White is the editor of Another North, an online literary journal promoting writing from and about the north of England. She is also a PhD student at University of Liverpool, looking at class systems and handiwork in Victorian literature.

15 Responses to “General Election: Did Merseyside’s rejection of The Sun help Labour?”