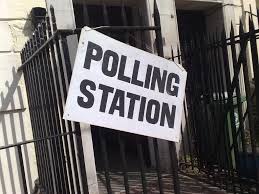 Today, tactical voting groups supporting a final say on Brexit called for tactical ‘vote swaps’ between Lid Dems in Kensington and Labour voters in Cities of London and Westminster.

Kensington is currently held by Labour incumbent Emma Dent Coad with a majority of only 20 votes. Cities of London and Westminster was represented by Tory Mark Field whose majority was slashed from 9,771 in 2015 to 3,148 in 2017. Field is not standing again.

Both seats had been considered a toss-up, with the Remain vote splitting and potentially allowing a Tory to come through the middle.

While the Liberal Democrats were previously in third place, recent polling shows the former Labour, now Liberal Democrat Chuka Umunna in second place – only 6 points behind the Tory candidate.

Richard Tunicliffe, Director of Represent Us, the campaign group behind tactical voting aggregator, VoteSmart2019, said “In making these calls, our tactical voting aggregator site, VoteSmart2019, has found common cause with vote swapping hub SwapMyVote, as these last-minute Labour and Lib Dem recommendations neatly create the conditions for vote swapping across these two hotly contested constituencies.”

“Any voters unhappy with these solid calls for Labour in Kensington and Lib Dems in Two Cities can sign up for vote swapping at SwapMyVote.uk,” says Tom de Grunwald Founder of the SwapMyVote campaign, “Vote swapping is an incredibly satisfying way to put to one side any misgivings you might have about tactical voting. When you sign up to SwapMyVote you know your preferred party is getting the vote you would have given them, and in a constituency where it could make all the difference.”