Poll: Brits back shared rights to live and work in the EU. 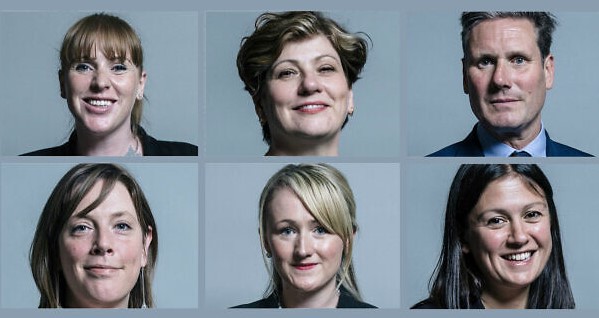 New polling from YouGov has shown that – contrary to the popular narrative – freedom of movement continues to be popular in Britain.

The survey results – published exclusively by Left Foot Forward – come as some commentators suggest Labour’s policies on freedom of movement cost them support in the General Election.

Leadership candidates are currently preparing their policy platforms – amid fears that some will back a ‘tough’ approach to immigration after Brexit. Progressive campaigners say they’re concerned that potential candidates will learn the wrong lessons from last week’s defeat.

The findings come as Boris Johnson prepares to ramp up controls on migration after Brexit. During the election Boris Johnson pledged to implement an ‘Australian-style points based immigration system’.

The survey by progressive network NEON, conducted on the eve of the General Election, showed that 54% of Brits support the right of other EU citizens to come and work and live in the UK, in exchange for UK citizens having the right to go and live and work in EU countries. Only 25% of people oppose it.

Labour party’s conference in September backed continued freedom of movement between the UK and the EU – though there has been disagreement among some trade union backers of the party. Jeremy Corbyn did not endorse the policy during the election campaign.

“This polling shows support for freedom of movement is high in the UK. Public opinion isn’t static but can change – contrary to popular wisdom, anti-immigration sentiment is not an inevitability.

“Labour leadership candidates should engage with this and recognise the party should not move the right on immigration, support for maintaining and extending free movement at Labour party conference was not the problem.

“The next Labour leader should be aware that changing the debate on immigration is possible – and that they should challenge the government’s anti-immigration policies.”

Nicolas Hatton from the 3million – who campaign for EU citizens in the UK, said:

“It’s clear freedom of movement is popular with people because it gives them the freedom to live, love and work wherever they wish in the EU.

“Millions of Brits are enjoying their freedom of movement on the continent, mirroring EU citizens in the UK and there is a lot of anxiety out there about Brexit ending Freedom of movement, and being dependant on complicated immigration rules, which are often perceived as unfair.

“As we enter further Brexit uncertainty it’s clear that this issue will be a hot topic – we hope that ministers remember that Brits support the right for them and EU citizens to live, work and study across the EU and the UK.”

“While many of the ideas in the [plans] are reheated, the governing one — ending free movement of workers from the European Union — suffices to make it radical. But the plan only covers economic migration…many other areas of the immigration system [remain]: a “compliant environment” of citizen-on-citizen document checking, restrictive rules on visas for spouses and elderly relatives, sky-high fees and a creaking asylum system.”

YouGov polled a representative sample of over 1600 GB adults between 11th – 12th December 2019. The full polling results can be viewed here.