The Scottish Greens are calling for a 'robust public sector bid' 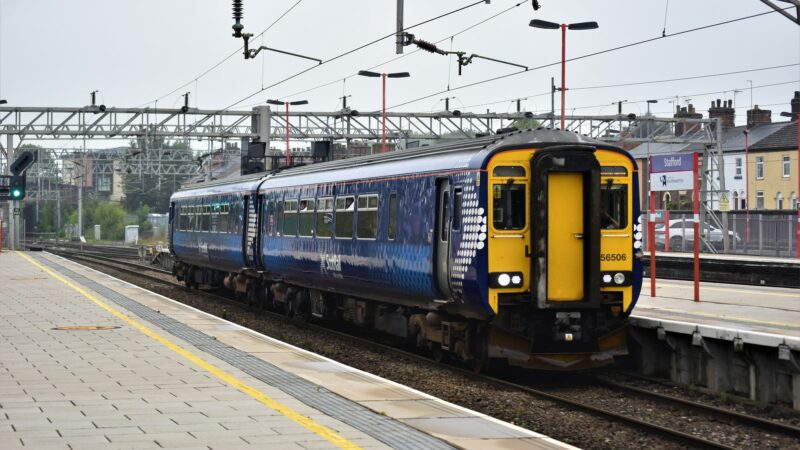 The ScotRail franchise will be no more after the government decided to terminate the contract when it ends in 2022 and Scottish Greens have welcomed the move.

Abellio, who holds the franchise, has admitted it’s “hugely disappointed” that the contract will end on March 31, 2022.

He said: “Scottish Greens welcome the decision to bring an end to the Abellio ScotRail franchise. Delays, cancellations and overcrowding have occurred far too often on Scotland’s railways in recent years.

“The Scottish Government must now ensure that a robust public sector bid is in place so that our railways can be run in the public interest in future, rather than for private profit as now.

“In light of noises coming from down south that the UK Government intends to attack hard won rail workers rights, it’s also vital that Scottish Ministers engage with trade unions at every step of the process in developing the next franchise, to ensure workers’ rights are at the heart of future ScotRail services and that there is no attempt to roll out driver only operation”

ScotRail has been doing pretty poorly in recent times, with two Remedial Notices being served by Transport Scotland.

He said: “Ministers must ensure that the services we secure are high performing, financially sustainable and offer value for money.

“We currently provide around two thirds of the running costs for our railway and it is essential that this is sustainable.

“Any changes to the level of subsidy paid by the government must deliver new benefits for passengers and taxpayers and whilst there have been improvements in recent years, the proposed changes were not sufficient to justify additional subsidy.”

He went on to explain that the Scottish Government will now be looking ahead to beyond 2022, putting new plans in place.

Nothing has been confirmed yet but it raises the question – will the Scottish rail system soon be renationalised?

Matheson contined: “Longer term, this Government has already made clear its position that the current franchising regime, which is a matter reserved to the UK government, has failed and it is widely accepted that the rail industry, as a whole, must embrace reform.

“The best way to deliver this is through the transfer of all rail powers, which would allow us to work together to find the right solution for our railways in future – properly integrated and fully aligned with the public interest and Scottish Government policy.”

“Our offer to Transport Scotland would have delivered an improved service for our customers at a reduced cost to the taxpayer,” he added.

One Response to “Could the Scottish rail system soon be renationalised?”