The Greens want a right to repair and more repair cafes. 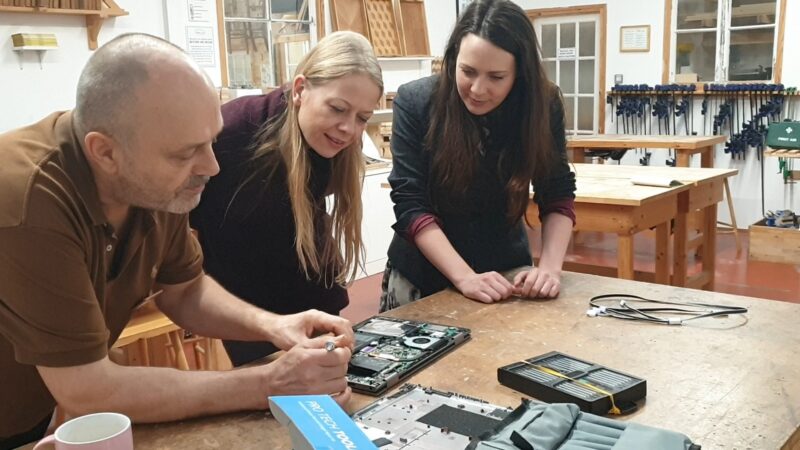 We all know we live in a throwaway culture. From the coffee cup you chuck in the bin, to the smartphone you upgrade year after year, disposability is at the heart of our economic model.

The mountains of waste this creates are a barrier to any ambitions of going net-zero in the coming decades, yet nobody is talking about this except the Green Party. We must reconnect with our things, remodel our economy, and repair things rather than replace them.

Think of the last time you got a new smartphone. Was it because you really wanted one? Or was it because a new upgrade you didn’t want meant your last one didn’t work any more? Or because of a small fault couldn’t be fixed, like the battery kept dying? Or your provider forced you to ‘upgrade’? Most of us would be happy to stick with the phone we have, just so long as the thing works. But who can fix one?

And it’s not just phones. It’s everything. Furniture, washing machines, toasters, laptops, clothes – you name it, we chuck it away by the tonne.

Over 200 million tonnes of waste are generated in Britain each year, at the moment. Clearly, we need to step off this treadmill of mindless consumption, and shape an economy which respects and replenishes both people and planet.

The Green Party has announced a bold suite of policies which will throw away our throwaway economy. Firstly, we will put a repair cafe in every community across the country.

These are places where you can bring in something broken or shabby, and fix it up with a team of volunteers – whether that’s repairing a kettle with a dodgy filament, of restoring a comfy chair which needs a bit of upholstery. With the average family chucking away and replacing £800 of electrical goods each year in the UK, it’s good for our pockets as well as the planet.

Along with putting a repair cafe in every community, we will legislate for a right to repair. This would mean making it a legal requirement for manufacturers to extend the life of their products, offer spare parts, and build things in such a way that ordinary people can fix them with everyday tools.

This legislation is already coming into force in the EU, after France led the way domestically in 2015 – another great reason to Remain. But Greens will push ahead with this right to repair, whatever happens with Brexit.

This would mean turning the whole economic model of consumerism on its head. For the corporations who make our stuff, planned obsolescence is what makes their money. The consumer has to fork out, but it’s our planet which pays the ultimate price.

The environmental benefits of a right to repair would be enormous. If we managed to extend our lifetimes of washing machines by just five years, for example, it would be the equivalent of taking half a million cars off the road. Sadly, the lifespans of appliances like these are actually getting shorter.

We know, deep down, that our throwaway culture isn’t right. It doesn’t feel right. And it certainly doesn’t make us happy. Nobody wants to have to send a hoover to landfill, just because the manufacturer refuses to send a new nozzle. Nobody wants to add to the mountains of junk choking our natural world. Nobody wants children working down mines for minerals for yet another new phone.

The good news is that none of these things are necessary or inevitable, if we shape a manufacturing sector which puts consumers and the planet first. Pick up your tools. This is the most essential repair we need to make.

Amelia Womack is the deputy leader of the Green Party of England and Wales and its election candidate for Newport West.

2 Responses to “Amelia Womack: Our throwaway culture should be an election issue”