Borrowing to invest is how we break the cycle of damaging Thatcherite economic decline. 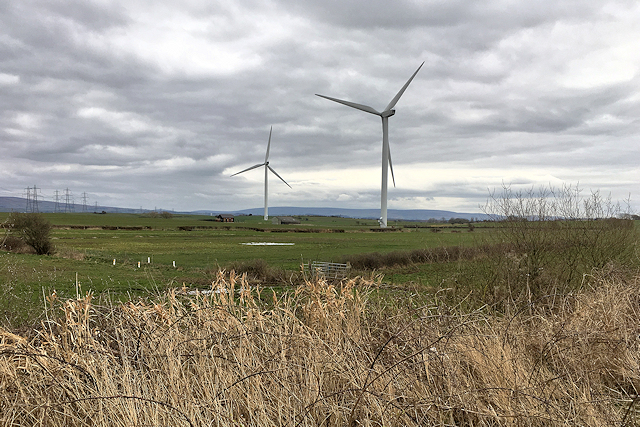 A report from the High Pay Centre released this week is a fitting prelude to today’s vote. It notes that seven regions of the UK, Southern Scotland; West Wales and the Valleys; Cornwall and the Isles of Scilly; Lincolnshire; Tees Valley and Durham; South Yorkshire; and Outer London – East and North East – are all poorer than anywhere else in North West Europe.

These are the “left behind” communities. Pummelled by austerity; plagued by low-paying, insecure employment from multinational companies that arrive, often with government subsidies, to exploit their vulnerability; already visibly hit by the climate emergency in many cases, with terribly poor housing stock, school staffing reduced to the bone and high streets making all too evident the lack of cash.

They’ve been the victims of decades of neglect, of successive governments of a range of hues, governments assuming that somehow, if they tended to the needs and wants of the financiers in the City of London, some crumbs would fall from the tables of Central
and West London, the richest region of the EU, into these distant communities.

I live in one of them, in Sheffield, and I see the practical, day-to-day, impacts close up. The collapse in local bus services, expensive, unreliable and infrequent, that traps many in their homes. The wholly inadequate provision for children with Special Educational
Needs (SEN). The fact that new defences might have saved areas of Sheffield from the latest “extraordinary” rainfall, but moved the waters down on to new communities.

The decline cannot be allowed to continue – these regions need a massive injection of investment.

I was thinking about all of this when I was speaking on Tuesday to Iain Dale on LBC, and he was getting quite heated about the idea that the government borrowing money might be inflicting debts on future generations, a very Thatcherite-idea that has played a major part in British discourse over the past four decades.

But if we continue with austerity, without investing, particularly inthese regions, we’ll be giving the future, literally, a wasteland.

And broadening out the scale, if we continue across the UK with our current standards of housing, transport and food systems, we’ll be bequeathing to future generations an unlivable planet.

The understanding of the need to borrow to invest in our hopelessly outdated, collapsing economic and physical infrastructure isn’t confined to the Green Party. Take the Financial Times leading article this week. This is the Financial Times remember:

Government tight-fistedness has starved public investment budgets.
Greater budget deficits should be welcomed if they finance spending to
fit out economies for the future.

It’s almost like they’ve been reading the Green Party manifesto. We’re used to leading and others following, but this is remarkably quick from a remarkable quarter.

The Green Party Green New Deal is the real McCoy – the transformation investment that over a decade can not only bring our nation to a genuinely world-leading net zero carbon by 2030, but create millions of well-paid jobs and massive opportunities for small independent businesses and cooperative enterprises in every community in the land,
people and businesses that will pay their taxes to services the loans.

The writing off of student debt – the particular issue that got Iain Dale so exercised, will release the pressure on a generation, with similar positive impacts, while future public funding of higher and further education will equip the workforce with the skills we need to deliver the Green New Deal.

And where might more investment come from? Well – if we remain a member, from the European Union.

For its systems – far more democratic and transparent than Westminster’s – would ensure that funding was directed into these, the poorest regions of our part of Europe, as well as into the 23 regions that are below 90% of the EU average.

The Green Party wants to remain in the EU for many reasons. Funding is part of it, but there’s also the fact that if we’re going to make those parasitical multinational companies profiting so richly from dodging taxing and paying inadequately change their ways, ensure that small independent businesses can compete with them on a level playing field, we’re going to have to work together with peoples across Europe to stand up to them.

Not the UK as an isolated outpost, Singapore-on-Thames, but as part of a social, inclusive, welcoming European Union, a beacon of human rights, democracy, and equality, on a global scale.

Investment on the scale that’s needed in this climate and social emergency and consistent support for EU membership, that’s the Green Party offer today. Accept no imitations and vote Green to show this is what you want for the UK’s future.

4 Responses to “Investment in the future is essential”