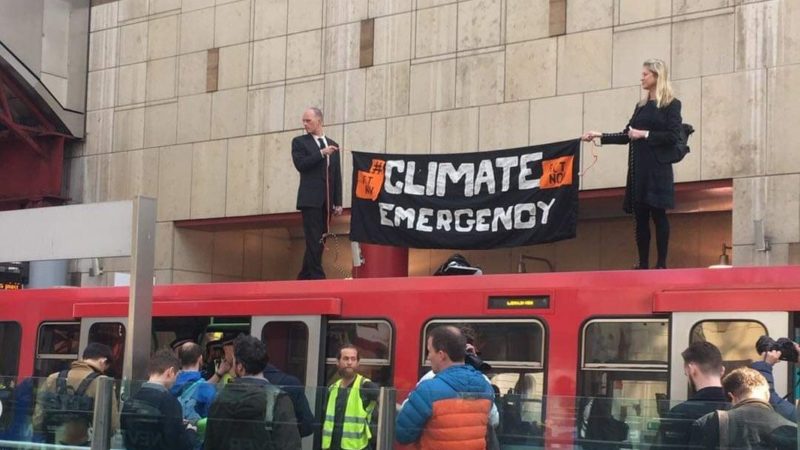 As Extinction Rebellion is celebrating its first birthday, it celebrates a year of action and disruption.

But the movement is still in its infancy. A year of action gave it the spotlight it needed to gather support from the public. Now it is time to engage in serious political strategy.

Many great causes of the left have been marred by passion rather than political strategy, and Extinction Rebellion has been a victim of this: isolating itself from the population by blocking people’s way to work, instead of winning them over. Childish tactics will not help the fight against climate change.

Like many protests, the goal is to shed light on a situation with a solution. Extinction Rebellion have shed light on the climate catastrophe that is immediate. But it’s for this reason that they must engage in a properly coordinated disruption of the huge businesses that profit from the status quo – not ordinary people.

How? Refocus on targeting the major industries such as the aviation and energy sectors – without impacting negatively on the general public. This entails not blocking the runways of airports but company HQs. We need to encourage boycotts of the biggest polluters. The companies care about profits we care about the future of our existence. A slogan for XR’s strategy? “Disrupt the profits, not the people.”

Ipsos Mori’s latest poll shows that 78% of Britons believe that we are in a climate crisis. XR’s own page celebrating its birthday is aware of this and adds that, for the majority of the people climate change it is a factor when voting – with 54% saying it will affect how they vote”. This shows a route to political action, and shows in the UK the climate crisis is now not a question of persuasion but tactics.

We must now show people how to achieve the goals of net zero. Mass boycotts – of a scale unprecedented in history – are the way forward for the movement.

It is ‘us vs them’: the people vs the polluters. We must show how large companies are profiting from the death of our planet. That requires clear examples – such as the top 20 biggest polluters, revealed in October. Only by giving examples: BP, Shell, Exxon, and elite airlines can we make this tangible.

The imminent climate crisis is a new situation that humans have never faced before. It requires careful thinking and persistent persuasion – not disruption of public transport and angering those who are persuadable. The tube disruption in October – opposed by most XR activists but allowed to carry on under the XR banner anyway, suggests organisational change is needed.

Let’s bring the people with us. Disrupt the profits, and we disrupt the system.

Lise Samow is a writer.

2 Responses to “XR must disrupt profits not people”