Labour MEPs have made a renewed call on the UK government to ratify the Istanbul Convention. What does it mean? 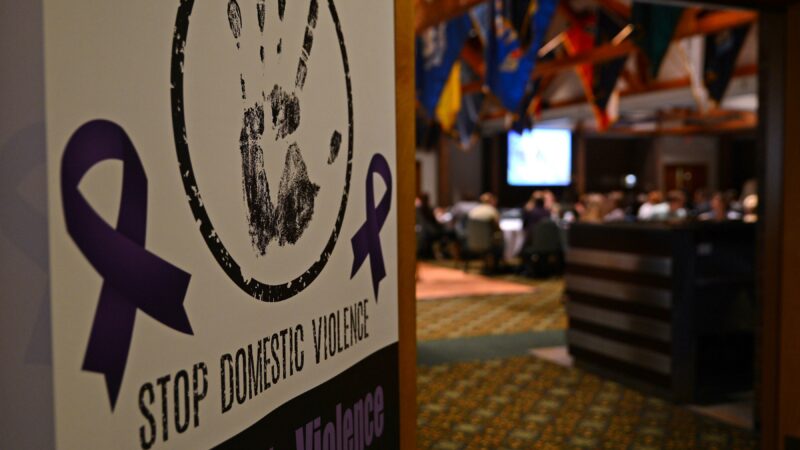 Earlier this week we marked the International Day for the Elimination of Violence against Women – a chance to reflect on the work that still needs to be done.

Its stated aim is to prevent, prosecute and eliminate all forms of discrimination and violence against women and ensure proper support and assistance to all victim-survivors.

The UK government signed the Istanbul Convention on 8 June 2012. But it still hasn’t ratified it (enshrined it into law). So, why the delay?

And no – it’s nothing to do with Brexit. The Convention is a document of the Council of Europe – an institution outside of the European Union.

The Istanbul Convention, in short, sets out the minimum expectations of a ratifying country when it comes to VAWG: how its agencies should behave, and what its laws and procedures should do. Falling short of the standards set out by the Convention means the ratifying country can be held accountable under human rights law. Therefore, before ratifying, countries understandably seek to ensure that their laws and procedures meet the minimum requirements of the Convention.

However, the UK signed the Istanbul Convention in 2012. It’s now 2019. 34 of the 46 signing countries have ratified the Convention.

The UK government has stated that the last remaining task before ratification is to ensure Article 44 of the Convention is satisfied. Article 44 requires the UK courts to have jurisdiction over certain crimes committed by UK nationals/residents whilst overseas. Specifically, sexual offences, forced marriage, female genital mutilation (FGM) and forced abortion.

One can be forgiven for thinking that getting the required legislation into place and through the necessary procedures in Parliament will not be too difficult. After all the ultimate aim is to bring into effect a ground-breaking new set of rights and protections for women and girls in the UK, and the Conservative government have repeatedly pledged their commitment to tackling VAWG.

However, rather than writing a short and specific Bill extending jurisdiction in the necessary areas, the Conservative government have opted to write the required piece of legislation into the Domestic Abuse Bill. The 72 page Domestic Abuse Bill which has been the subject of at least three lengthy parliament consultations over the past 2 years, and has now fallen off the parliament agenda twice, owing firstly to prorogation and secondly to purdah. Written in 2017, it’s anybody’s guess as to when it will make its way onto the statute books.

This raises the question of how serious the Conservative party are when it comes to ratifying the Istanbul Convention. Once the DA Bill is in place, the Convention doesn’t become automatically ratified – the government has to actively go through the process of ratifying.

A closer look at the content of the Convention arguably shines a light on why the Conservative government are in no rush to ratify it.

If ratified, the UK government can be held to account if they do not ensure that:

Yet, at present in the UK we have chronically underfunded support services, including refuges, fighting for their existence each year; a judicial system that leaves some survivors feeling as they’ve been ‘raped all over again’.

We have a postcode lottery of support services; incredibly long rape crisis centre waiting lists; poorly thought out and discriminatory rules relating to criminal compensation; abysmal and increasingly worse prosecution statistics for sexual offences; a public body (the Crown Prosecution Service) being taken to court by a women’s rights coalition over their reportedly intentional failure to prosecute rapists; on average a two year wait to get to court as a rape survivor; survivors being routinely questioned on their sexual history despite its lack of relevance; a ‘Destitution Domestic Violence Concession’ completely unfit for purpose; and the imprisonment of women seeking refuge in the UK after horrifying ordeals in their former countries of residence.

This glimpse into the reality for countless women and girls in this country not only makes it quite plain why the Conservative government do not want to effect into law an instrument that can be used to hold them to account, but also shows us why we MUST put pressure on our government to improve the situation.

The Labour party has pledged to ratify the Istanbul Convention, properly finance vital support services and properly review the abysmal VAWG prosecution rates. Despite lives being at risk, the Conservative party manifesto is silent on it.

Jude Kirton-Darling is a Labour MEP for North East England.