Ministers have been allowed to discuss the NHS in US trade talks. 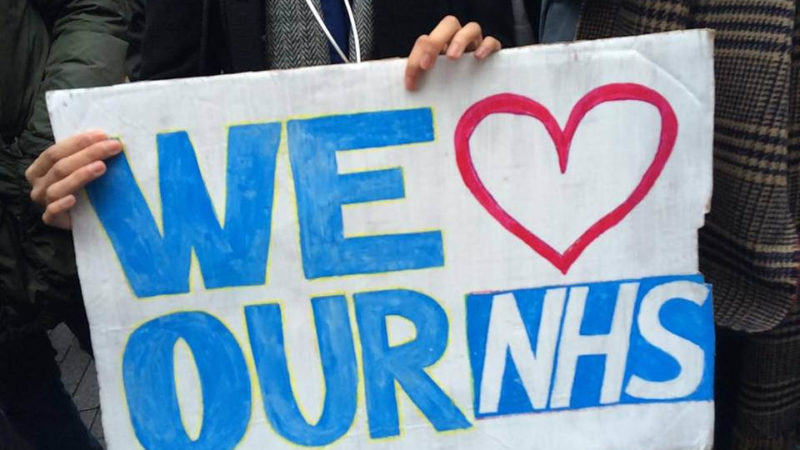 Since the Conservative Party launched its car crash of a general election campaign on Wednesday, it has told a number of lies about the NHS.

From repeating the claim that it is planning on building 40 new hospitals (spoiler alert: it isn’t) and making new money available, it’s the claim that the NHS is not for sale that is the most heinous.

An internal memo to Conservative Party Parliamentary Candidates was leaked to The Guardian on Wednesday, including within it a ban on signing our pledge urging MPs to protect the NHS from privatisation and future trade deals. In it was the claim the pledge: “gives credence to factually inaccurate smears … The NHS is not for sale.”

This is simply not true. There have been drives to break up the NHS and sell off its constituent parts since at least the 1990s, but it was the 2012 Health and Social Care Act introduced by then Health Secretary Andrew Lansley that fired the starting pistol for the drive to privatise that we are fighting today.

Though NHS privatisation of services pre-dates the Health and Social Care Act, the Act did two things to make the further privatisation of the NHS both possible, and to a degree, inevitable.

Firstly, the Act removed the responsibility of the Heath Secretary to ‘provide or secure the provision of services’ for the NHS.

This change means, among other things that we are now seeing the introduction of Integrated Care Providers.

These groups of service providers will operate independently of the state and be free to bring in any private finance deals they want, and to subcontract to private providers.

Though Matt Hancock has claimed private companies won’t run them, there is no legislative protection from the services they provide being privatised.

Secondly the Health and Social Care Act introduced competition to the health service, and NHS Trusts are now required to put service contracts on the open market, which has inevitably led to private companies winning contracts.

This means the NHS is already for sale – 18% of contracts now go to private providers, including Virgin Care, Priory Group (an American healthcare company) and others. This represents an increase since the introduction of the Act in 2012.

This change has already seen the NHS and local commissioning groups legally challenged over their decision to award contracts to certain companies and not others.

This situation could only get worse under a trade deal which included the NHS. This is because our own Government would be unable to control further privatisation by foreign companies. It would therefore be potentially open to significantly costly legal battles.

You may have heard the claim that the NHS isn’t failing, it is being failed (through cuts). The reduction in real time growth in the NHS spending is true and has also driven further privatisation of services through the introduction of ‘SubCos’.

Financially squeezed NHS Trusts have been forced to try to save money by creating subsidiary companies (SubCos) to deliver services. These companies are separate from, but owned by, an NHS Trust, and can be used to exploit a VAT tax loophole and reduce staff pay and terms and conditions by running in-house services.

Public concerns over the health service are second only to Brexit in this election campaign, but the two are undeniably interlinked.

The risks to the NHS in being used as a negotiating tactic for any post-Brexit trade deal with Johnson at the helm are all too real.

Recent revelations that Johnson has already allowed ministers to discuss the role of the NHS in future trade negotiations with the US demonstrates that never has the fight to reinstate the NHS into public ownership been more pressing. It really is the fight of our lives.

Hannah Flynn is website editor of Keep Our NHS Public, a cross-party group that campaigns against cuts, closures and privatisation.

Keep Our NHS Public is running a series of #VoteNHS Roadshows in marginal constituencies to get the Tories out.