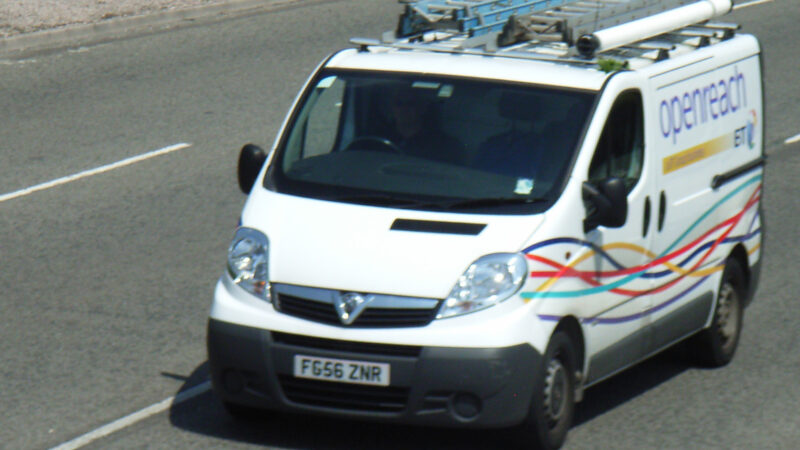 The Labour Party’s announcement to deliver free full-fibre broadband to all by 2030 has caught opponents by surprise.

The policy is to be delivered by partial nationalisation of BT, more specially its broadband arm Openreach.  Parliament will decide the price of that.

Labour estimates that the cost of rolling-out the full-fibre broadband across the UK would be around £20.3bn.

This investment would be funded in two parts – £15.3bn out of Labour’s Green Transformation Fund and £5bn that the government has already promised to giveaway to BT.

The £15.3bn is derived from a report prepared by Frontier Economics. The operating cost of the network is expected to be around £230 million a year (see below)

The operating cost would easily be met out of taxation of global tech companies such as Google, Amazon, Apple, Microsoft, Facebook and others who currently dodge taxes by shifting profits to tax havens through co profits. Some estimate that tax reforms to end profit shifting could eventually raise £6bn-14bn.

Inevitably, the policy is attacked by the usual suspects. Conservative Prime Minister Boris Johnson described the policy as a ‘crazed communist scheme’.

This is at par with a Party that opposed the formation of the National Health Service and the introduction of the national minimum wage.  Yet these policies and practices are now the cornerstone of a caring and egalitarian society.

Critics ignore the fact that people’s access to libraries, parks, lakes, schools, hospitals, mountains, roads, streets, pavements and many other public spaces is not conditional upon the size of their bank balance.

Their lives are enriched by free access at the point of use and the same logic is relevant for access to the information highway through free full-fibre broadband.

The internet plays an increasing role in healthcare, education and trade and millions are excluded because they cannot afford the cost. Labour’s policy will end that exclusion.

Labour’s policy is redistributive. Currently, the average cost of securing access to broadband is around £30.30 a month. Labour policy would increase the spending power of those households by £363 a year, which can instead be used to stimulate the economy.

The Centre for Economics and Business Research estimates that a full-fibre broadband network could boost productivity by £59bn by 2025 and bring half a million people back into the workforce. It will boost rural economies by connecting them to the information highway and may enable some 270,000 people to move to rural areas.

Currently, people are paying twice for the broadband. Firstly, the government provides subsidies to BT and others to provide broadband infrastructure.

Recently, Boris Johnson promised BT another £5 billion to bring full-fibre broadband by 2025. BT keeps that asset. Secondly, households are charged fees for the use of the asset created with their taxes. Labour’s policy ends that double whammy.

Critics say that assets have a value only because they generate future income streams. From this perspective, they say, the fibre network would become worthless because Labour policy would not result in any income stream.

Such an argument is flawed. The absence of cash generation does not make assets worthless. Hospitals, schools, libraries, parks, roads do not generate a cash stream because they are free to use and are funded through taxation. Yet they have enormous economic and social value.

Labour’s costings are also being attacked. An estimate of the use of fibre network is provided the National Infrastructure Commission, a body established in 2015 to provide independent, impartial advice on the UK’s long term infrastructure needs.

Its estimate is that over the next 30 years, the present value of the operational cost of the system is likely to be around £6.9bn, which translates into the equivalent of around £230m a year.

Neither the industry nor the government raised any questions about the Commission’s estimates. Now that Labour is using this publicly available information, they accuse it of understating the costs.

Of course, with technological developments, anything can change. The cost may even be less as the free provision of internet may eliminate executives on fat-cat salaries.

Currently, rival networks are digging-up the streets and duplicating the infrastructure. The National Infrastructure Commission estimates that eliminated of duplication and a streamlined policy through a national monopoly can deliver savings of £6.2bn.

The £20bn cost of rolling-out the network is challenged. BT claim that it would be £30-40 billion and the Conservatives put it at £30 billion. The National Infrastructure Commission estimated the amount to be just over £33bn.

However, this includes the operating cost of £6.9bn. £6.2bn can be saved by eliminating waste and duplication. The net result is the £20bn stated by Labour.  The report by Frontier Economics also states that a single provider could generate savings of £10bn and the fibre roll out could cost £20.3bn.

The opposition to Labour’s policy is ideological rather than economic. Instead of giving money away to telecom companies in subsidies, it provides services directly to people. It boosts people’s purchasing power and economic productivity by connecting the whole country to powerful information highways.

4 Responses to “Prem Sikka: The critics are wrong on Labour’s broadband policy”