A playwright compares the parties' plans on funding, education and sustainability in the arts. 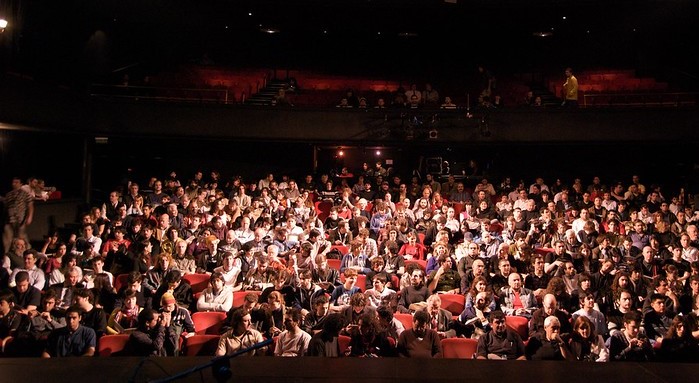 Dubbed the Climate Change or Brexit election, depending on who you are talking to, the role of the arts has largely been sidelined in the campaign so far.

This is an oversight. Britain’s creative industries are worth £100 billion a year and our cultural exports play a crucial role in defining us on the world stage. The arts are important in building communities and helping us to imagine what a more sustainable future might look like.

Labour’s Charter for the Arts, introduced at a high-profile event on Sunday, offers hope and ticks many of the boxes that the cultural community wants to hear. But it would be refreshing if Labour’s arts policy were more radically incorporated at the heart of their wider vision for Britain, rather than the arts being seen as a self-contained bubble.

While Labour’s manifesto offers the most concrete plan for investing in our cultural institutions and education, all the parties are missing a trick when it comes to the arts’ important role in the climate debate. Here’s a quick snapshot guide to what’s on offer:

Labour’s plan is ambitious, having pledged £1 billion towards a Cultural Capital Fund, which would increase funding for regional libraries, galleries and museums. The Conservative investment of £250 million a year is only a quarter of the amount. It would fail to restore funding even to its pre-2010 level, which under Tory austerity has suffered cuts amounting to £400 million annually.

The other parties’ investment plans are more vague. The Greens’ pledge to inject a mammoth £10 billion into councils comes with a plan to encourage local government to “nurture arts and culture”. There is clearly potential here, but without a specified amount granted towards the creative industries it is hard assess its seriousness. The Greens would also reduce VAT on creative arts and entertainment spending.

Meanwhile the Liberal Democrats have announced no specific arts funding policy, choosing to focus instead on protecting local music venues. With the list of live music venues and clubs that have shut down growing ever longer, this is a praiseworthy aspiration but hardly a cohesive overall strategy. Like Labour, the Lib Dems have also promised to protect National Lottery funding, which Labour would seek to restructure. Labour have also announced an end to cuts in arts council funding, promises as yet unspecified.

Labour and Conservatives have hinted at new ways to fill the gap after Brexit which has already deprived the UK of our turn as European Capital of Culture. Labour’s plan to establish a new UK Town of Culture borrows on the success of the City of Culture scheme, targeting it to smaller population groups. It is a welcome antidote to Johnson’s lamentable plan for a 2022 post-Brexit Festival of Britain, a celebration of Morris Dancing and throwbacks to the 1950s.

To combat the sidelining of arts teaching, Labour would introduce an Arts Pupil Premium, investing £160 million a year in primary schools. Again, this is more ambitious than the similar Conservative policy aimed at secondary schools, which would give schools a lesser £100 million.

Of note is the Greens’ suggestion to introduce a new Nature GCSE, which might allow for a different and more creative route for children to engage with the environment. And the Lib Dems have announced a plan to scrap the English Baccalaureate, a system used to measure schools’ attainment, which sidelines arts subjects.

Labour is the only party taking on the vexed issue of diversity and access in the arts. In its manifesto it promises to work with unions and employers “so that everyone sees themselves represented on screen and on stage”. It also proposes to modernise copyright law to protect content creators, something the Greens have also promised.

All parties – bar the Conservatives – have pledged to clamp down on media monopolies, and Labour has announced a plan to launch an enquiry into “fake news”. Following its online fake Labour manifesto, doctored campaign videos and Twitter impersonations, it comes as little surprise that the Conservatives are none too keen to address the question of media trust.

But if a Labour government really would prioritise the arts, why has it failed to include culture in its vision for a Green New Deal?

Within the arts there is an increasing awareness of championing sustainability at home and abroad. Last week, as Greta Thunberg continued to sail her way across the Atlantic, Coldplay announced that they wouldn’t tour their latest album until they had figured out a more sustainable way of doing so. Theatres across the country have been working on reducing their own emissions. The Arcola, in East London, has saved over 8 tonnes of carbon dioxide since 2012 by using solar.

Laudable though such initiatives are, the Left needs to turn gestures such as these into coherent policy. Labour wants to start a Climate Apprenticeship Programme, which would fund underrepresented young people working on clean technology within STEM industries.

Why not fund Climate Apprenticeships in education, arts and digital media? There is an opportunity for all parties to see the cultural sector, not as a drain on public finances, but as part of the solution towards a brighter and more sustainable future.

Constance Kampfner is a playwright.

One Response to “Policy spotlight: What do the party manifestos say about the arts and creative sector?”