The Trussel Trust believes the increase in use of food banks can be pinned on the failure of the switch to Universal Credit. 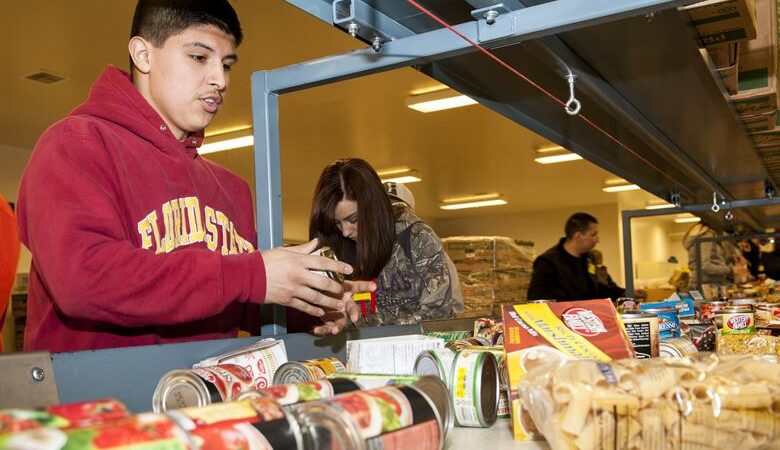 The Trussell Trust has called on the next government to “protect” people from hunger as their mid-year data shows that more people than ever before are being forced to rely on food banks as the welfare system is failing to sustain people across Britain.

The Trussell Trust operates food banks across the UK, and today reported that in the six months from April to September this year 23 percent more people were referred to their services for food packages than in 2018.

823,145 three-day food parcels were given out during the 2019 period, with over a third of parcels being provided to children.

That number has nearly doubled since 2014.

Emma Revie, the chief executive of the Trussell Trust, said that most of the parcels were needed by people who had either a low benefit income (36 percent), delays in their benefit payments (18 percent) or changes to the type of benefits being paid (16 percent).

“More people than ever before are being forced to food banks’ doors. Our benefits system is supposed to protect us all from being swept into poverty, but currently thousands of women, men and children are not receiving sufficient protection from destitution,” Revie said.

For many of the households collecting food packages, they often only had £50 left a week after paying rent.

One in five of those accessing food banks had no income at all in the month before they were referred.

In light of the mid-year data report, Revie urged all political parties running in the general election to set out what they would do to tackle the hunger crisis that is sweeping across Britain.

“This is not right. But we know this situation can be fixed – our benefits system could be the key to unlocking people from poverty. This General Election, all political parties must pledge to protect people from hunger by ensuring everyone has enough money for the basics. We want our next government to start working towards a future where no one needs a food bank by ending the five week wait for Universal Credit; ensuring benefit payments cover the cost of living; and investing in local emergency support for people in crisis.

“Together, these three changes will put money back into the pockets of people who most need our support. It’s in our power as a country to end the need for food banks. This can change,” she added.

2 Responses to “Next government must protect people from hunger, says Trussell Trust”