Jonathan Bartley responds to criticism of the Greens working with the Lib Dems: "Labour is not a pro-Remain party." 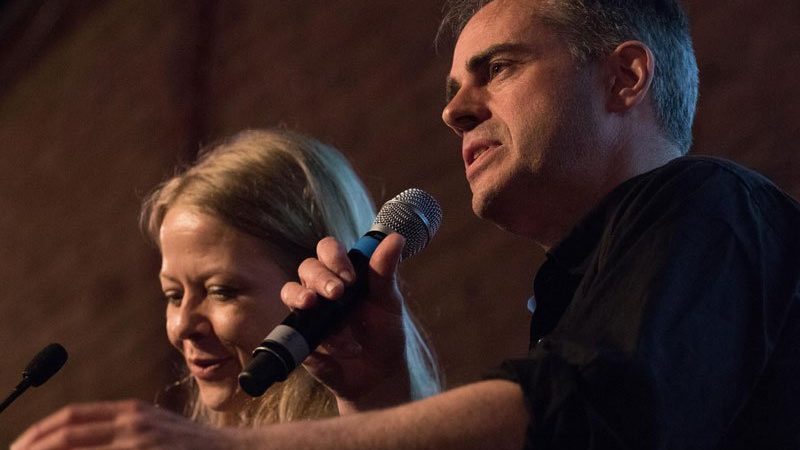 The Greens have a tough time of it. They frequently shift the political debate – and then other parties take the credit.

From a £10 minimum wage to the Green New Deal and a Universal Basic Income, for years they’ve been making ‘fringe’ political policies go mainstream.

But now, with around 500 candidates – significantly more than 2017 – they’re hoping to translate some of their underdog status into electoral success.

The party have been churning out bold ideas this election to try and tip the scales – spending £100bn a year to tackle the environmental crisis, calling for a ‘climate TV debate’ and appointing a ‘Carbon Chancellor’ to ensure the Treasury prioritises climate policy.

But the debate has turned to tactics over policies, by the brute realities of Westminster’s system. Bluntly, the party needs to do deals with other parties to boost the number of Green MPs.

On the 7th November Heidi Allen’s Unite to Remain group announced 60 seats in which Greens, Lib Dems, and Plaid Cymru had agreed to unite behind one pro-Remain candidate.

In ten constituencies, Greens will be the sole Unite to Remain candidate – including Caroline Lucas’ Brighton Pavilion seat, but also seats like Labour-held Bristol West and Exeter – where the incumbents are strongly pro-Remain.

Will Unite to Remain lead to more MPs? It’s impossible to guess, given the changing state of the polls. “We’re hopeful about gains, but cautious too. National opinion polls don’t tell you a lot.  Things are very different from constituency to constituency,” Bartley says. He’s not wrong – while on around 3% nation-wide, the Greens came first in Bristol in the European elections in May.

Bartley points to private polling which looked at the effect of the Lib Dems standing aside for Greens. “It leads to very significant gains [for Greens]: greater than the sum of the parts. People like the idea of parties putting aside their self-interest. There’s an alliance bonus.” (LFF hasn’t seen the data).

It’s another sign of the fluidity of politics today. “This hasn’t been tried in decades. We’ve still got the leaders debates to come, there will be gaffes, numbers will fall apart. We saw in 2017 a massive change in polling [with the Greens squeezed in the end]. “The long term trend is for more people to vote for more parties, and vote with their head as well as their heart. Who knows what could happen?”

In Dulwich and West Norwood – where Bartley is standing as the Unite to Remain candidate, there was a 60% vote for ‘pro-Remain parties’ in May’s European elections: Labour came third. But again – Labour’s candidate this election, Helen Hayes, voted against triggering Article 50.

It’s seats like this which have led to some Green members criticising the UTR pact. How does Bartley respond to them? “Labour is not a pro-Remain party, and we do need pro-Remain parties represented. While Labour makes no commitment to proportional representation, they’re just lining up the Tories to take over in future.”

And working with the Lib Dems – who have refused to ‘renounce’ their role in austerity during the 2010-2015 coalition – has not been without controversy. How can the Greens justify working with them? “There were a number of red lines for us – PR, the climate emergency, being anti-austerity, as well as Remaining in the EU,” Bartley says.

Did the Greens approach Labour before the Lib Dems? The Green co-leader refuses to be drawn: “We’ve reached out and we’ve reached and reached out. In 2017, we stood aside in 30-odd seats. A number translated into Labour gains – the difference between a hung Parliament and not. Was there any follow-through from Labour? None whatsoever. Not even a willingness to talk.

“Our door has always been open. We want to work with common ground – clearly there’s a lot with Labour – more than ever, and more than 2017.” Bartley sounds disappointed that an agreement couldn’t be worked out with Corbyn’s party – pushing the Greens into the arms of the Lib Dems.

After all, it was only in June that Sian Berry told Green Party conference: “While the Lib Dems paint themselves as the defenders of liberal, internationalist values, they were all too happy to sign up to the austerity programme that has cost an estimated 130,000 lives…They waved through the bedroom tax. They hiked tuition fees. They cut our welfare state. And no amount of rebranding will change that.”

But the reality is that the Greens need to make deals to get seats: “The situation is so urgent with the climate emergency and Brexit. This is a real crossroads – it’s not a time for tribalism but doing everything you can.”

Rising stars like Yorkshire MEP Magid Magid have called for the party to go further, calling for Green candidates to withdraw in Labour/Tory marginals. Again, Bartley is adamant: “Conference decided that we should stand in seats right around the country, unless it’s reciprocated.”

For the Greens, the Unite to Remain pact represents a short-term compromise to secure the long-term aim: securing a different voting system: “You change the system, and you change people’s lives.”

And so, inevitably, difficult decisions about where to stand are being made. Electoral pacts are a gamble – but faced with a climate crisis and the rise of ‘authoritarian populism’, the Greens are willing to take the risk.

This is part one of a two-part interview with Green Party of England & Wales co-leader Jonathan Bartley.

2 Responses to “INTERVIEW: Green Party co-leader stands up for the Unite to Remain pact”