They said that dental charges have been used to provide cover for government cuts. 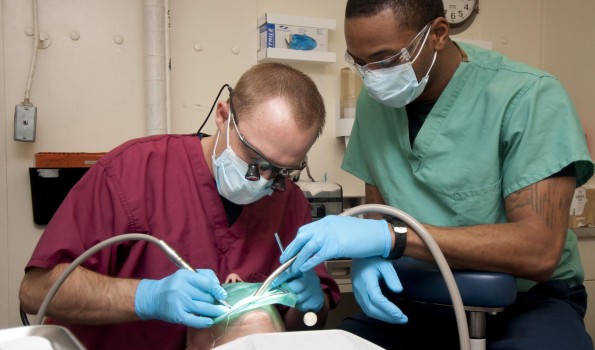 The BDA said a similar move had been succesful in Scotland and that charging for check-ups leads to problems spreading across the NHS.

British Dental Association Chair Mick Armstrong said: “When you give patients a reason to avoid check-ups, they bottle up problems and pile huge pressure across our NHS.

“Sadly prevention is impossible when families on moderate incomes need to think twice about seeking care. Dentists are health professionals, not tax collectors. These charges are designed to discourage attendance, while providing cover for government cuts.”

Scotland has operated free check-ups since 2006 and has significantly higher rates of participation in NHS services.

According to the BDA, 67% of adults in Scotland attend an NHS dentist every two years, compared to 50% in England.

Many people suffering from tootache go to A&E, which is free, rather than a dentist, according to research. This has contributed to rising waiting times at A&E.

While the BDA welcomed Labour’s plans, they said that the next government needs to fix the profession’s recruitment problems.

“Any plans to boost access must go hand in hand with support for a service facing serious recruitment problems. NHS dentistry cannot be delivered without NHS dentists,” said Mick Armstrong.

The BDA is calling for “wholesale reform of the widely discredited target-driven NHS contract and for workforce initiatives that have successfully addressed access issues for General Medical Practitioners to be urgently adapted for the service”.

The BDA continued: “Workforce pressures have contributed to mounting access problems across England. Practice closures in Portsmouth have left patients facing ferry rides for NHS treatment, with families in parts of Cornwall facing 120-mile round trips to access care.”