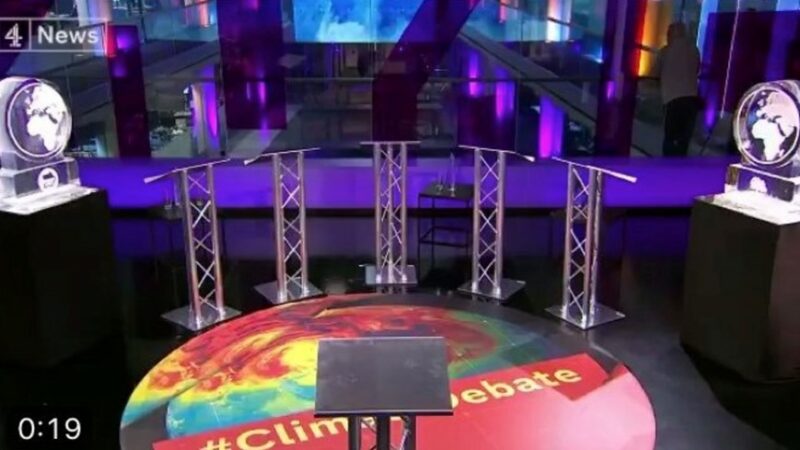 We are facing the most critical crisis of all time; unprecedented global warming, ecological breakdown and the sixth mass extinction – all caused by human activity.

This year alone we have seen bushfires ravish Australia, Africa, America and Asia. The Arctic is melting at record speed, and recent studies show that sea levels are rising faster than previously predicted. The IPCC have stated that we have just over a decade to prevent global warming beyond 1.5ºC. Temperature rises beyond this target will take us into dangerous territory; resulting in more extreme-weather disasters, the loss of entire cities to rising sea levels, and severe droughts ultimately leading to famine.

All over the world, people are waking up to the seriousness of the situation. Today, thousands of people have taken to the streets in more than 100 towns and cities in the UK for the Global Climate Strike. During the last strike climate strike in September, around 100,000 people turned out on the streets of London alone. As for the British Prime Minister; he couldn’t even spare one hour of his time on Thursday night, to talk about his plans to address the climate emergency on live TV.

Boris Johnson’s absence at Chanel 4’s Climate Debate proves that he doesn’t understand the urgency of this issue. With just over a decade to address the climate emergency, the next five years are crucially important. Whichever party wins this election will hold grave responsibility; not only for the lives of the British public but for citizens of the world.

It is evident from the Conservative manifesto that Johnson shied away from last nights event because he knows that this is a debate he is sure to lose. The Conservative manifesto doesn’t even mention the environment in their list of “priorities.” In fact, the Tories have pledged a terrifyingly unambitious target to be carbon neutral by the year 2050 – entirely out of line with the IPCC guidelines.

Boris Johnson believes that he can win over the British public with populist Brexit discourse while completely ignoring the Climate and Ecological crisis – but the stats don’t add up in his favour. Only 52% of the public voted to leave the EU; in comparison, 85% of citizens are growing increasingly worried about the climate and ecological emergency. A recent study suggests that the majority of people in the UK will be influenced by the climate crisis when voting in the upcoming election.

When comparing actions proposed by the two main parties, it is clear to see that Labour are miles ahead with policy solutions to confront this crisis. The Labour Green New Deal offers radical action, to transform our economy in a way that addresses social and economic inequality while acting on the climate emergency. Although bleak, this crisis presents us with a new opportunity, to completely readdress our political situation.

In a country now divided by austerity and neglect, we must use this opportunity to rebuild communities and restore economic stability to the parts of the country that have been hit the hardest.

The Labour party have encompassed solutions to tackle inequality within environmental policy and have pledged to decentralise power from the capital to local communities and establish the National Transformation Fund Unit in the North of England. The manifesto also highlights the importance of land and renewable energy as public assets.

With a Tory government, however, we risk further privatisation of our green spaces and natural resources, leaving more people unable to afford basic needs.

It is difficult to separate the climate issue from capitalism – a system that benefits a small percentage of elites and relies on infinite production and consumption, despite our finite resources. It is the poorest people in the UK and across the globe with will suffer the most brutal impacts of the climate crisis – the same people who have been screwed over time and time again by our government. When it comes to the climate crisis, we cannot trust the Tory party to deliver the kind of action we need to see, that protects and benefits the most vulnerable.

If Johnson really wants the support of working-class communities, he should start by changing his outlook. Johnson clearly sees the working-classes as one-dimensional, believing that his Brexit stance alone is enough to win them over.

Instead, he should use this opportunity to introduce policies that will actually transform their lives and restore their local communities. When it comes to environmental policy, social justice must remain at it’s heart.

Roberta Hollis is a writer and Extinction Rebellion activist.

6 Responses to “Tory no-show: An empty podium at the climate debate told us everything we need to know”