Does the Tory candidate for Kensington still want a 'tough Brexit'? 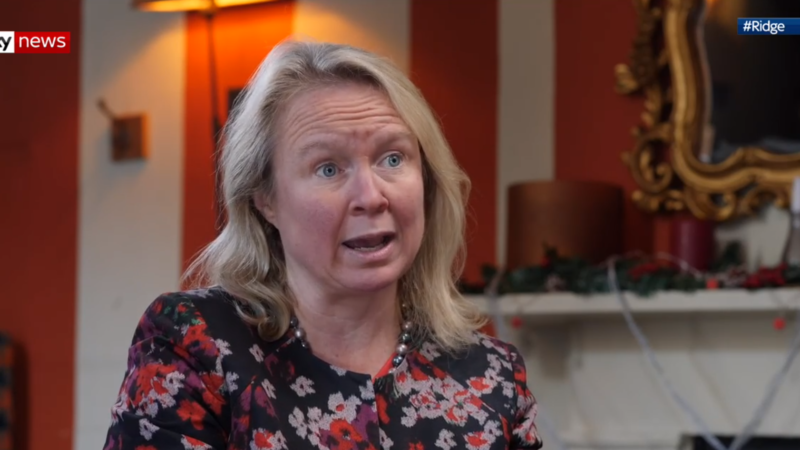 Felicity Buchan, the Conservative party’s candidate for ultra-marginal constituency of Kensington, has been keeping tight-lipped about her views on Brexit.

Buchan, who previously stood for election in Leave-voting South Shields in 2017 and South Down in 2015, seems to now be downplaying her views on leaving the EU.

It is unsurprising that she would wish to do this in a constituency like Kensington. In the referendum an estimated 68.8% of the electorate voted remain. In 2017, Emma Dent Coad became Labour’s first ever MP for Kensington, when she overturned a majority of 7,361 and defeated sitting Tory MP Victoria Borwick by just 20 votes.

Kensington voted by 69% to Remain in the EU, and there is currently a fierce three-way battle for the seat between Dent Coad, Buchan, and the Lib Dem candidate – former Tory minister Sam Gyimah.

When asked about her views on Brexit in an interview on Sunday with Sky News’ Sophy Ridge (33 minutes 50 seconds), Buchan said: “Very much like the country I was pretty undecided….I was 52-48, but in the end I did vote for Brexit.”

A leaflet sent to Kensington residents by Buchan in October stated a ‘good Brexit deal’ was one of key six priorities, while adding the suggestive caveat: ‘*Clearly this is a developing situation.’

Such nuances contrast starkly with what she wrote on Brexit supporting BrexitCentral. Thanks to Internet Archive’s ‘Wayback Machine’ here, it is possible to view what she said in 2017 when she was standing for the Tyneside seat of South Shields. (The article appears to have been taken down).

There in June 2017, she called for “a tough Brexit deal: that means leaving the Single Market, the Customs Union and the ECJ.”

Even more interesting perhaps is what she has to say about Londoners’ views about the future of the country, including presumably those of Kensington voters:

“Brexit has been a wake-up call. It has shown that people do not have to accept the status quo, that there can be real political change and that the majority view outside London can prevail over the capital’s view.”

Such anti-Remain rhetoric is what might be expected from a Tory candidate trying to appeal to traditional Labour voters in a Leave-leaning seat.

But it is equally unsurprising that Felicity Buchan is striking a markedly different tone now that she is standing as the Conservative candidate in the fiercely contested – and strongly Remain constituency – of Kensington.

Adam Cohen is a researcher and freelance journalist.