Support staff at the University of Birmingham are set to take their sixth day of strike action this Thursday in a long-running dispute with the University over pay, equality and working conditions. 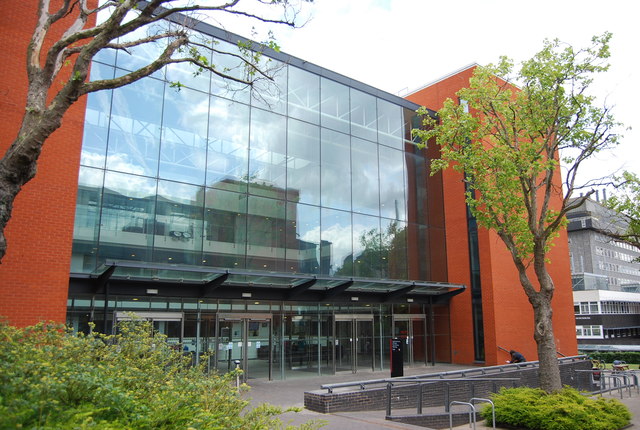 Support staff at the University of Birmingham are set to take their sixth day of strike action this Thursday in a long-running dispute with the University over pay, equality and working conditions.

The latest strike day follows the failure of ACAS talks to resolve the dispute. UNISON are extremely disappointed with the University’s unwillingness to make any new offers and to genuinely engage with members’ concerns in these talks.

The origin of the dispute lies in negotiations around pay and other conditions at the university which started in 2018. Employees voted to take strike action following the university’s imposition of a below inflation pay rise and what the branch felt to be a repeated refusal to engage with demands such as real living accreditation, the elimination of the gender pay gap and other important improvements to working conditions on campus.

So far, the only concrete offer the University has made to end the dispute is a 1% increase in the amount offered for pay talks for 2019/20 – woefully inadequate given the amount many higher education staff have lost in real terms to inflation since 2009 (up to 20% according to some estimates).

Over the summer, the University also came under fire for serious problems with its payroll system. Hundreds of student workers and staff were left with either no money or much less than expected, thus putting them at risk of not being able to buy food and pay their bills, loans, and mortgages.

The problems have included workers receiving no pay at all for over three months, being taxed at an “emergency” rate of up to 40% when they are eventually paid, overtime payments being delayed, and deductions for strike action, transport and tax being made at the wrong rate.

Most recently in September, many bursary holders only received 50% of their stipends. The issues have persisted throughout the paydays of July, August and September despite assurances from the University that the problem would be resolved. Many members of support staff have also told UNISON of serious technical problems affecting payment of the University’s suppliers, with some essential suppliers refusing to provide goods until the University pays its bills. Meanwhile, VC David Eastwood was due to receive an £80,000 one-off performance-related bonus in August.

UNISON feel that both the problems with payroll and the ongoing failure to properly address the demands of striking workers show senior management at the University to be completely out of touch with support staff, students and academics at the institution, some starting to believe that senior managers’ actions are bringing the institution into disrepute.

The Vice Chancellor has yet to reply to three letters written to him weeks ago by a low paid member of staff, by seven of the city’s MPs and by student workers at the University. The letter written by a low paid member of support staff challenged senior managers to live on low pay for a month, with the worker stating: ‘I work a 36 hour term time contract with the University, taking home after stoppages £977.96, a little over what you [VC Eastwood] earn in 4 hours’. And a letter from politicians to the VC was backed by seven Birmingham MPs: Preet Gill, Jack Dromey, Liam Byrne, Jess Phillips, Steve McCabe, Richard Burden and Roger Godsiff.

All of them urge the University to act to address the increasingly precarious situation workers find themselves in at the University, so that staff and student workers are no longer forced to rely on foodbanks to survive, and juggle two or three jobs to make ends meet.

It comes amid growing national anger in HE. Higher education staff, whose pay is negotiated nationally, are also balloting for strike action now: UCU, UNISON and UNITE staff across the country are voting on strike action as many Higher Education employers impose yet another real terms pay cut on struggling staff. The national pay ballot is due to close on the 31st of October.

On Wednesday 2nd of October, a joint student-staff meeting will take place at the University of Birmingham, with Salma Yaqoob as guest speaker. The event is organised by UNISON, UCU, and the self-organised student group University of Birmingham Student Workers: http://uobunison.org.uk/bjw-event. Michael Moore and Ioana Cerasella Chis are Unison Activists.

One Response to “Why University of Birmingham staff are striking”