As Turkish troops advance into Kurdish held territories unions call on Johnson to condemn the invasion. 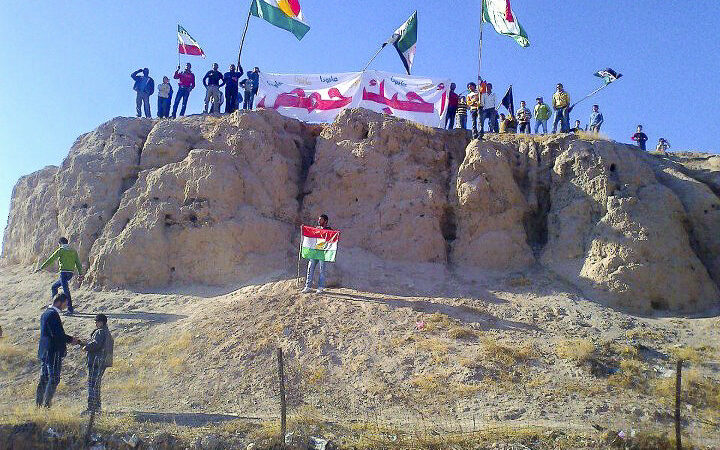 Together with Thompson’s Solicitors, they have demanded that Johnson uses the UK’s influence to prevent a humanitarian disaster and potential genocide as a result of the Turkish invasion of north and east Syria.

They warned that President Trump’s ‘appalling’ abandonment of the fragile region will see Turkey seek its own military and strategic advantage which will undoubtedly lead to ethnic cleansing and genocide of the Kurds as well as a resurgence of ISIS in the region.

The unions say that the UK must show its clear and utter condemnation of Turkey’s invasion, calling for a no fly zone and international force deployment.

Having recently returned from the region, Simon Dubbins, Unite’s International Director said: “We have been part of a parliamentary and union delegation to this region.  It is plain for all to see how extremely dangerous the situation is and the human misery that will unfold unless the international community comes together and stands as one against this appalling and unwarranted aggression.”

Turkey’s right wing President Recep Tayyip Erdoğan tweeted ‘Operation Peace Spring’ had started. “Our mission is to prevent the creation of a terror corridor across our southern border,” he said. Erdoğan considers Kurds to be terrorists and to present a border threat.

Labour’s Shadow Foreign Secretary Emily Thornberry said Trump’s decision to give the green light for the invasion was an “utter disgrace” and called on the UK government to take urgent action in response to the move by Trump – which was made without the consultation with the Pentagon and any of key advisors.

“While we want to see the negotiated withdrawal of all foreign forces from Syria, it is an utter disgrace for the Trump administration to stitch up a deal with Turkey over Northern Syria, which leaves the Kurdish community at their mercy and risks opening up a dangerous new front in this war.

“The Kurdish people have fought harder than anyone else in Syria to end the territorial grip that ISIS had established in Northern Syria, and they have paid a heavy price. Today’s announcement from the White House is not just an abandonment of their allies, but a betrayal of their sacrifice.”

Downing Street responded by saying: “The Prime Minister spoke to President Trump. The leaders expressed their serious concern at Turkey’s invasion of northeast Syria and the risk of a humanitarian catastrophe in the region.”

In the letter from the UK unions they demanded that Boris Johnson’s administration should “immediately condemn Turkey’s threats of invasion” and also help to “deploy an international force and enforce a No-Fly Zone”, the general secretaries declared.

The letter concludes: “We demand that the UK government take action to prevent an invasion of North and East Syria by Turkey and protect the very people who have protected us.”

Below is the full text of the letter from union general secretaries to the PM.

We are writing in relation to last Sunday’s appalling announcement by President Trump that he intends to immediately withdraw US troops from Syria. This is a green-light to a Turkish military invasion of North and East Syria, which, as we have already seen in Afrin, will undoubtedly lead to ethnic cleansing and genocide of the Kurds as well as a resurgence of ISIS.

The international community owes the Syrian Democratic Forces a debt for their sacrifice in stopping and defeating ISIS and building peace and stability in the region, they are our friends and allies.

We therefore call on the UK government to immediately condemn Turkey’s threats of invasion and to work with the international community to deploy an international force and enforce a No-Fly Zone to prevent the imminent catastrophe and protect civilian lives.

If the Turkish invasion is not stopped, the SDF will be forced into a long and bitter war for survival against the second-largest NATO army. In the resulting chaos, tens of thousands of ISIS fighters will escape their current internment and resume their barbaric acts of terror across the globe.

We demand that the UK government take action to prevent an invasion of North and East Syria by Turkey and protect the very people who have protected us.

Given the gravity of the situation, we would appreciate an immediate response.