"We are here to shine a light on the repression and exploitation happening behind closed doors." 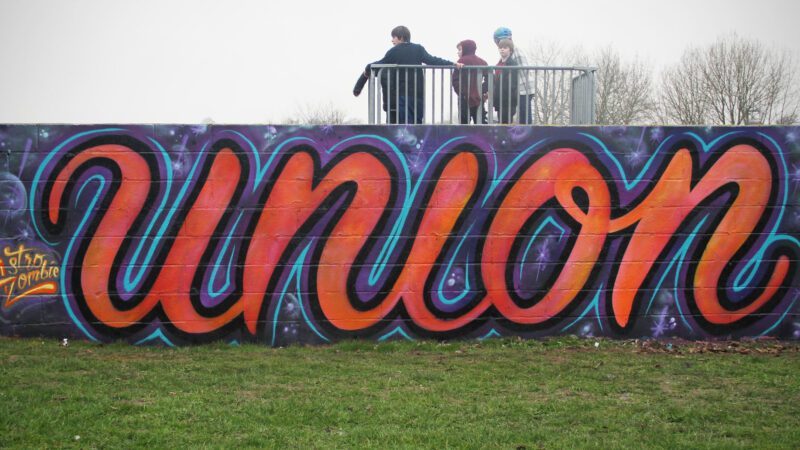 Nine student groups across seven cities in England, Scotland and Wales, have held protests against the ‘48 Hours of Action Against Samsung Union-Busting’.

Phone company Samsung were recently accused of operating a “no-union” policy preventing workers in its factories from forming, joining or organising within trade unions.

Students around the UK have now hit back at this, gathering in protest at Samsung stores and their re-sellers as well as on university campuses.

The universities in question include Oxford, Brighton, Guildford, Edinburgh, Plymouth, Cardiff and Leeds.

In reaction, over 1,350 people have already signed a petition asking Samsung to stop this anti-union activity and allow their workers the freedom of association.

Taking a personal stand, back in July, South Korean worker, Yong-Hee Kim, who had been fired from the company, climbed a Samsung tower in protest of Samsung’s oppression of union organisers.

Kim has remained their ever since as Samsung continues not to change its way.

J Clarke, co-director of workers’ rights at People & Planet, the student campaigning charity, said: “Students are taking action on this issue because they recognise that workers rights are an international issue, and standing in solidarity with those experiencing union-busting is important for workers everywhere, not just in Samsung supply chains.

“Tech products made in terrible conditions end up shiny stores in the UK, and we are here to shine a light on the repression and exploitation happening behind closed doors.”

University of Bristol student, and Cardiff action participant Hannah Syed, commented on the broader issue: “Sweatshops are the product of global and national patterns of domination rooted in racism and capitalism.”

University of Sussex student and Brighton participant Martha Knott also spoke on the importance of unions.

She explained: “The right to unionise is vital. Without this right workers can’t change the horrific conditions they work in.

“We stand in solidarity with Samsung workers and their right to fight for safe working conditions.”