“For years, companies in the so-called ‘gig economy’ have gotten away with pretending the law doesn’t apply to them" 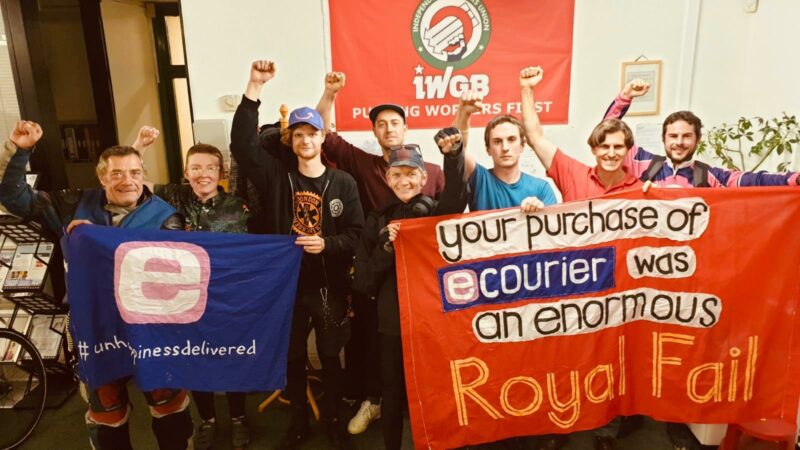 A landmark employment rights case that may result in hundreds of thousands of gig economy workers being protected when they transfer to a new employer is being heard today.

On 29 October, the hearing will decided whether limb (b) workers are entitled to protections when their contracts are transferred between companies.

The case, brought by three individuals working for Royal Mail subsidiary, eCourier, will determine whether limb (b) workers get protection under the Transfer of Undertakings (Protection of Employment) (TUPE) Regulations.

The regulation exists to protect the jobs, terms and conditions of workers when their contracts are transferred from company to another.

Max Dewhurst and two colleagues, all from the Independent Workers Union of Great Britain (IWGB), are claiming that the over £35,000 that is owed to them by their past employer, CitySprint, should now be paid by the company they currently work for, eCourier.

eCourier took over the contract Max and his colleagues are working on, delivering pathology samples for the Health Corporation of America (HCA), in February 2018.

Max, also vice president of IWGB, said:“eCourier is a gig economy parasite, consolidating its market share and cutting costs for big business by forcing workers to pay the price.

“This is the sharp end of outsourcing, forcing us to work harder and faster for less. Meanwhile, the legislation that’s supposed to protect us is ignored, even though this is exactly the kind of exploitation that TUPE was created to prevent.”

IWGB general secretary Dr. Jason Moyer-Lee added: “For years, companies in the so-called ‘gig economy’ have gotten away with pretending the law doesn’t apply to them, so it’s no surprise that eCourier is now pushing for their couriers to have fewer rights than they should.

“Having your terms and conditions protected when you transfer to a new employer is one of the basic protections many of us take for granted. eCourier and Royal Mail should accept that rather than fight it.”

The IWGB will argue that when eCourier won the HCA contract from City Sprint, the company inherited City Sprint’s obligations and liabilities, including the liability for unpaid holiday pay.

This could represent a significant shift for courier companies and other so-called gig economy employers that have been rapidly buying up competitors.

Though the claimants in this case will assert that the broad wording of TUPE is intended precisely to protect all workers, at present gig economy corporations like eCourier generally only acknowledge these rights only for their in house staff, such as managers and controllers.

eCourier workers have also resumed their strike action today as part of their ongoing campaign for improved pay and employment rights.

Claimants and workers are attending the hearing at the Central London Employment Tribunal on Kingsway.

News will be shared on the result of the hearing once it’s out.