One of the casualties of the Brexit saga is that major non-Brexit problems aren't being examined. Military training overseas is no exception. 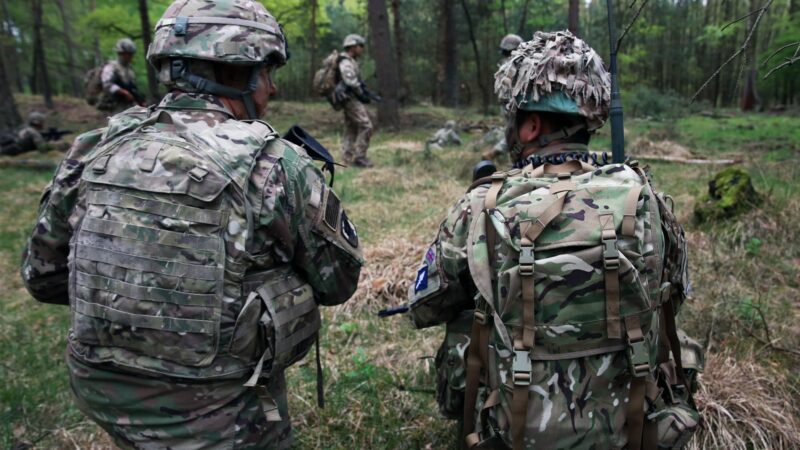 America’s sudden withdrawal from Syria this month is part of a pattern, leaving local security services to fight the West’s war on terror.

As jihadists re-surface in the Levant, local security services are putting their training to the test. Britain spends millions of pounds training foreign armies, but real questions are surfacing.

Is the training fit for purpose? Does it deliver value for money? And should the UK categorise it as overseas aid?

Britain’s development spending is increasingly given to countries because of their geopolitical military and economic value, rather than the effectiveness of aid projects. The UK maintains its commitment to give 0.7% of GDP in aid partly because it includes some training programmes for foreign security services. In addition, the promotion of British commercial interests is a Foreign Office objective, often wrapped up in a humanitarian assistance jargon.

Last year, the FCO and Ministry of Defence jointly published an International Defence Engagement Strategy articulating its objectives as, “the use of our people and assets to prevent conflict, build stability and gain influence,” as well as “promoting our prosperity.” It continues, “MOD works closely with diplomatic and economic partners in Government to ensure the success of the UK as a trading nation. Defence-related industry support to exports generates trade and enables partners.”

An aim repeated throughout the document is building relationships to influence foreign governments. How successful has the UK been at influencing the generals in Pakistan or the Saudi royal family? Did Britain shift the values of the Myanmar security services while the UK was training its soldiers? Whitehall suspended the project when Myanmar’s brutal expulsion of the Rohingya attracted too much attention.

The UK spent £400,000 “strengthening the capacity of the Sudanese armed forces to improve governance and accountability and to generate greater respect for the rule of law.” The aim was to “gain access, insight and influence to (and across all levels of) the Sudanese armed forces.” The project was suspended after systematic violence fed public outrage, leading to the eventual overthrow of the authorities whom the UK believed it would influence.

The Oxford Research Group interviewed British service people who provided counter-insurgency military training in various African countries. The soldiers said projects were questionable while national leaders and elite generals did not share the stated UK objectives. In Kenya, for instance, cooks were press ganged into attending sessions to make up the numbers. There was no record of who had been trained or what impact the training made.

UK soldiers said there was little institutional change or even interest on the part of the beneficiary nations in tackling the roots of Islamist radicalisation. The UK’s approach “operated in a political vacuum,” to quote British soldiers interviewed. In Mali, for instance, the UK was not “exerting much pressure on the government in Bamako to introduce structural reforms that might remove some of the factors that are weakening the armed forces.”

Local troops in Mali, Nigeria and Kenya face danger daily. Often, they are undertrained, underequipped and not paid regularly. Britain could contribute enormously to their effectiveness. Yet, in Nigeria, where Boko Haram jihadists control four out of the ten zones in Borno state, the army is reluctant to concede its counterinsurgency policy is failing.

Former Foreign Secretary Jeremy Hunt implicitly admitted as much when he visited northern Nigeria in May 2019. Hunt said the UK was considering increasing help to the Nigerian army. But, “the deciding factor is the willingness of the Nigerian government and the Nigerian army to work closely with us…They have to want our help.”

In 2017, the House of Commons sub-committee on the Independent Commission for Aid Implementation ranked the training done under the Conflict, Stability and Security Fund (annual budget: £1 billion) as amber-red, meaning it was unimpressed. It concluded that, “training is effective if skills gaps are the constraint on performance,” rather than “political barriers or conflicting objectives.”

In Iraq and Afghanistan, the programme was presented to local people as the work of their own rulers, in an effort to bolster the credibility of those governments. No one was fooled, however, because “quick impact projects were prone to corruption and elite capture.” Why did the programmes continue? The policy was “partly political and partly based on the expectation that the UK could win influence through engagement.”

Western allies rely on African armies. For instance, Uganda has troops in Somalia, the DRC, South Sudan and the Central African Republic, where offshoots of Islamic State and Al Qaeda are active. In 2012, a leaked UN report blamed Uganda for supporting the murderous M23 terror group in the DRC, smuggling minerals and contributing to five million civilian deaths there since 1998. Uganda threatened to withdraw its troops from Somalia unless Western donors disowned the report, which they did.

According to the academics David Anderson and Jonathan Fisher, “In the last decade, the Ugandan security forces have become a central player in the regime’s building of an entrenched semi-authoritarian polity in the country.”

Other repressive regimes supply troops for peacekeeping missions in places the West does not wish to send its soldiers. By doing so, these countries absolve themselves of criticism for their domestic human rights records, corruption, nepotism or economic mismanagement. By boosting their security and intelligence services, it is less likely their citizens will be able to challenge the ruling regime.

It cancels out the impact of British aid aimed at strengthening local accountability and transparency, empowering citizens, building democratic institutions and ultimately fighting poverty. And so we have to ask – is it worth it?

2 Responses to “Money down the drain? UK military training overseas is unfit for purpose”