The radical policy comes alongside a raft of youth-targeted proposals. 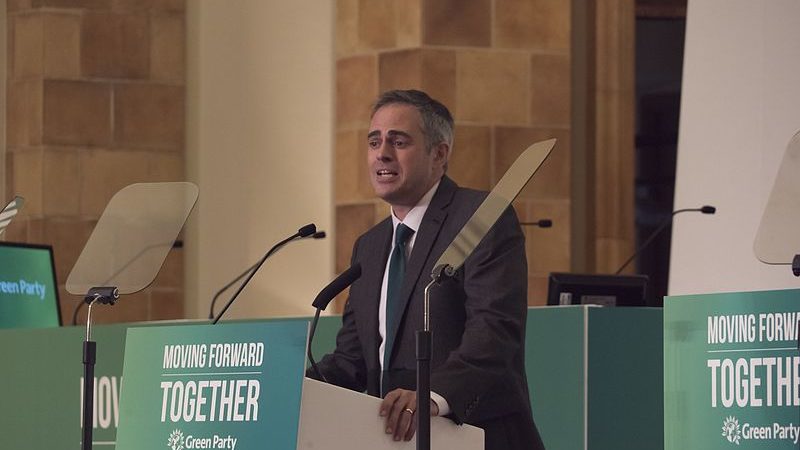 Green Party co-leader Jonathan Bartley has today called for the abolition of the Home Office alongside a raft of radical policies aimed at young people.

In a speech to the party’s conference, Bartley said that the closure of the controversial government department formed part of the party’s commitment to creating a fairer immigration system, closing all migration detention centres and halving the prison population.

The policy would see the formation of a Ministry of the Interior to manage law and order and a Ministry of Sanctuary to oversee migration.

The proposal to shutter the Home Office came alongside a raft of other policies including:

For the first time, the Young Greens will have a speech at the party’s conference in Newport.

Bartley also reiterated the party’s support for lowering the voting age to 16, while highlighting the party’s plan to raise funds for investment in renewable energy through a carbon tax, reduce C02 emissions to net zero by 2030 and back a People’s Vote on the outcome of Brexit.

Bartley said: “There is an imperative to fight not only the threat of Brexit but the conditions that have brought us Brexit. We will fight to remain in Europe and fight to transform Britain.

“We need a decisive break from business as usual, and we are ready to make the leap. The Green Party has always been on the right side of history. The time is now to shape our future.”

Earlier this week, the party announced that it would divert billions of pounds earmarked for the HS2 rail project into a nationwide upgrade of local transport.

The party is proposing that £70bn is invested over 20 years on a “local transport revolution”, with an additional £10bn to be spent on returning land already purchased for HS2 to local communities and creating nature reserves.

The party also announced this week that it would ditch the Conservative’s £6.5bn plan for new roads, instead using the money to fund free bus travel for all.

One Response to “Green Party conference: Co-leader calls for abolition of the Home Office”