The government could have saved money and jobs during the Thomas Cook crisis and chose not to. 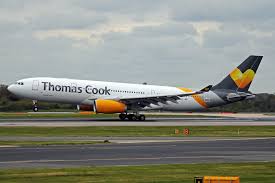 A joint report from Unite the Union and consulting service Syndex shows that had the government offered Thomas Cook a bridging loan they could have saved both money and jobs.

The report shows that if the government had offered a £188 million bridging loan, the company could have been saved from compulsory liquidation.

The report also shows that the government spent more on repatriating passengers than it would have cost them to save Thomas Cook. They also missed key opportunities to save viable parts of the company.

For example, Thomas Cook Airline has been shown to have been profitable. The airline arm had received many bids – though none as high as the £500 – £600 million asking price. Had the government offered a bridging loan this would have kept this running. The report states “Thomas Cook could have continued to fly, saving hundreds of millions of pounds of public money spent on repatriation, and allowed time for the sale of an on-going business with all its employees.”

If Thomas Cook Airlines had then found a buyer, the government’s loan would have been paid back first. As it was, because the airline had no capital independent of the main group, it went into liquidation with the rest of the company.

This contrasts with the action of the German government which gave Thomas Cook subsidiary Condor a $415 million loan.

“The independent research by Syndex clearly demonstrates that not only was allowing the entire Thomas Cook operation to fall into administration not in the best interests of the staff and holidaymakers, but the costs of repatriations are likely to have cost the taxpayer more than saving the business.

“This was alongside the lack of implementation of the clear steps set out in the airline insolvency review published by the government this year to avoid the immediate grounding of an airline. The steps currently allowed were not followed for Thomas Cook’s UK airline.”

Stephane Portet, head of Syndex UK and Ireland said: “Thomas Cook’s airline was profitable and could have been saved. The clearance by the EU of the bridging loan to Condor shows that the UK government was wrong when it refused to act.

“The case of Thomas Cook is proof of the need for a profound reform of UK insolvency law but also of UK corporate governance. Workers’ representatives should have an enhanced right to information on the financial situation of the companies.”

The report is released on the eve of Unite giving evidence to the Business, Energy and Industrial Strategy Select Committee inquiry into the collapse of the business. Holland said “Unite will be urging the select committee to identify steps that could have been taken under current laws as well as to radically revise the insolvency laws, to ensure that companies and especially airlines can enter into a protected form of administration in order to allow businesses to continue to trade, saving jobs and allowing time for a buyer to be found.”