Workers "aren’t paid enough to survive" according to campaign. 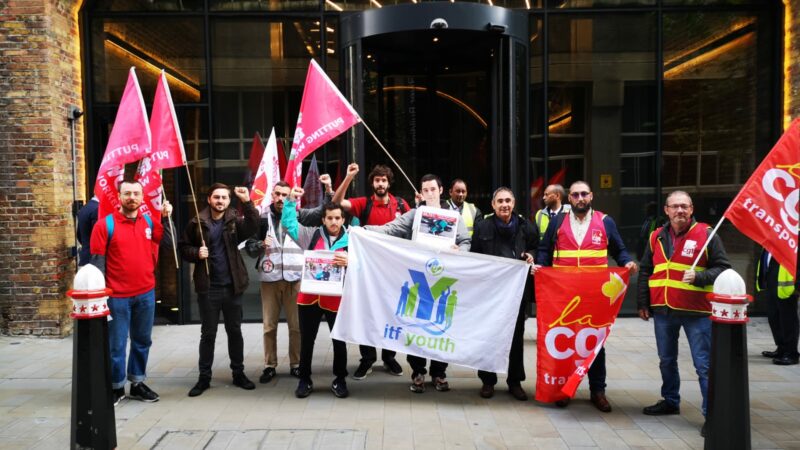 A Deliveroo worker has today been denied entry to the company’s London headquarters, after a 600 mile journey to collect signatures for a petition demanding greater workers’ rights.

Jeremy Wick, 30, has worked as a bike courier for the company in France for two years and rode over 600 miles across the west of France to drum up support for his campaign.

Wick was driven to action after the company introduced a new pricing system that meant couriers “aren’t paid enough to survive”, according to his petition page. The pricing change saw the minimum rate paid to couriers “halved”, according to Wick.

The petition, which has been signed by almost 66,000 supporters, calls for:

Wick, who says that he works around 50 hours a week and cycles over 1800 miles a month, told Left Foot Forward: “We want to share a message with couriers working for Deliveroo around the world that nobody is alone, we are together and we are going to fight together. We sweat together so now we have to fight together to get more impact.

“We would like a public meeting with someone in the management so that they can make some public commitments. We want to see more sincerity and more action.”

Deliveroo rider and IWGB Couriers and Logistics Branch Secretary Greg Howard added: Deliveroo is taking its workers for a ride in every country were it operates. It is happy to pay below the legal minimum and ignores all our calls for decent pay and conditions.

“The decision of senior management not to communicate with these riders today just shows their flagrant disregard of worker’s rights and shameful archaic faux employment practices. But increasingly, everywhere from Bordeaux to Nottingham, riders are coming together to fight back against these exploitative conditions.”

A spokesperson for Deliveroo said: “Deliveroo has repeatedly been in touch to listen to the rider’s concerns, as we always do. Our French team has also met with the rider a number of times to discuss the changes we have made.

“Rider feedback is important to us, and the recent changes to increase payments for longer distance deliveries reflects the feedback we have been given by riders.”