With over 20,000 people expected to take part, this is set to be the biggest XR action yet. 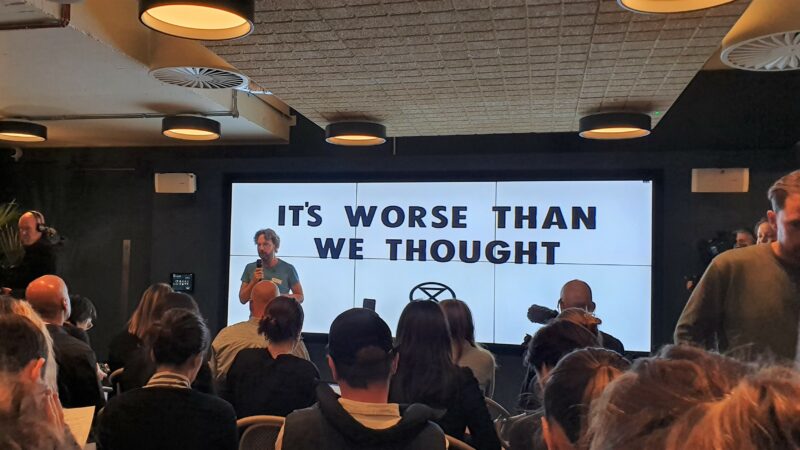 Extinction Rebellion have revealed their plans to shut down London from next week, as part of a two week ‘rebellion’ against the climate crisis.

9,500 have signed up to take part in the shut down, with organisers expecting more than double that number on the streets.

At a press conference in central London, a spokesperson for the activist group told journalists: “We’re going to blockade and shut down every single road going into Westminster and the [sites of the] UK government.

The group say they are planning to launch actions at 12 major sites, with 11 full roadblocks, including Trafalgar Square, Westminster Bridge, as well as outside key departments such as Defra, HMRC, Business (BEIS), and the Home Office.

Camps across the city will provide a home for thousands of rebels for nearly two weeks.

The activists say the protests will be ‘decentralised’: “No one and everyone is in charge.”

“You can’t behead this rebellion. If you chop down one site, we revolve, thousands prepared to step into support roles – you need to take all of us down if you want to take any of us down.”

The focus for much of the following week includes ‘upgrading democracy’, disrupting new media and holding a people’s assembly.