And sixteen and seventeen year olds should be allowed to vote. 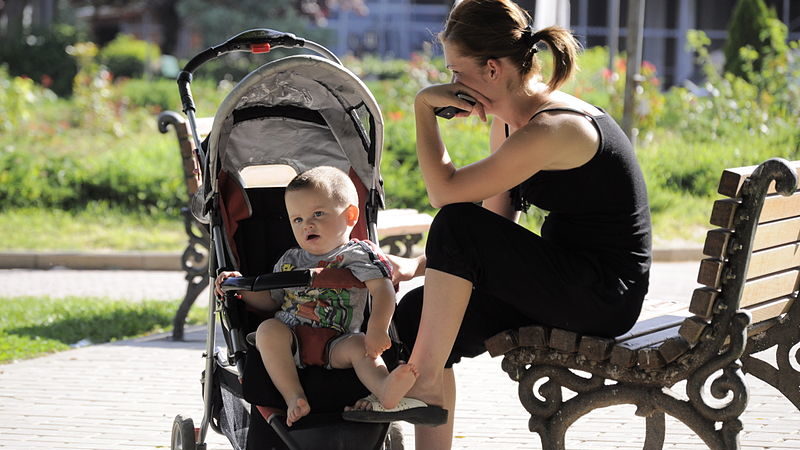 We’re all aware of the fact that millennials and younger generations can no longer expect to be ‘better off’ than their parents. But the situation is far worse.

As a result of the environmental crisis, these generations can expect to live in a world in which nature is critically impaired, threatening the stability of societies.

This isn’t ‘just’ about climate breakdown. Soils are being lost, oceans are destabilising, and species are becoming extinct at a dizzying rate.

The consequences of this environmental breakdown are overwhelmingly unjust.

Those who’ve just been born have contributed nothing to a problem that’ll dominate their lives.

Young people who’ve been around for longer – like millennials – have little say over the economic systems that are driving environmental breakdown.

This is in addition to the ongoing failure within generations to combat the injustice of environmental breakdown falling on those communities across the world that are least responsible and prepared.

Injustices between and within generations are strongly related. For example, the legacy of extractive imperialism has inhibited the development of former colonies.

This increases their vulnerability to current and future environmental breakdown, of which they have contributed little, relative to the former imperial powers. What’s more, many of the poorest countries in the world are also the youngest, further exacerbating environmental injustice.

In response, the message of young people is as clear as it is correct. Leaders past and present have imperilled our shared future by failing to act on the environmental crisis of which they have been aware for decades.

It is unacceptable that young people have to point this out. In response, leaders – in all areas of society – must do two things: act immediately to fundamentally reform economies; and give more power to younger generations.

But all this should’ve happened before many young people were born.  Instead, an unprecedented burden is placed on their shoulders.

Not only will they have to accelerate the transition to sustainable and just societies, they’ll have to respond to a growing litany of environmental catastrophe and successfully resist an emboldened ethno-nationalist right, who are set to win big as seas rise and crops fail.

This is the ultimate toxic inheritance.

This brings us to the second things leaders must do. They should give up some of their power, passing it on to younger people and empowering and investing in them.

To do this, we argue – in a new report released by IPPR – that the UK government should do its bit by adopting a Future Generations Act.

The Act would embed the right to a stable and liveable environment for future (and current) generations in law, in the same way other key human rights are already enshrined in law. It would also require every law to be assessed for any adverse impacts on future generations.

This would have profound implications for how decisions are made. It would end the discrimination against the future that exists across policymaking, exemplified by the continued investment in fossil fuels and other destructive activity, and provide a solid legal basis upon which governments could be punished for failing to act.

The Act should be bolstered by expanding voting rights to 16- and 17-year olds; it is simply unacceptable that they do not get a say over policies that are mortgaging their futures.

By putting current leaders to shame and bravely facing up to the unfolding catastrophe, younger generations are leaders in their own right. It’s time they were treated as such.

Laurie Laybourn-Langton is an Associate Fellow at IPPR and tweets @Laurie_L_L.

5 Responses to “Without a Future Generations Act, we will pass a toxic inheritance to our kids”