When it comes to employment rights, we need to leave the past behind. Here's how. 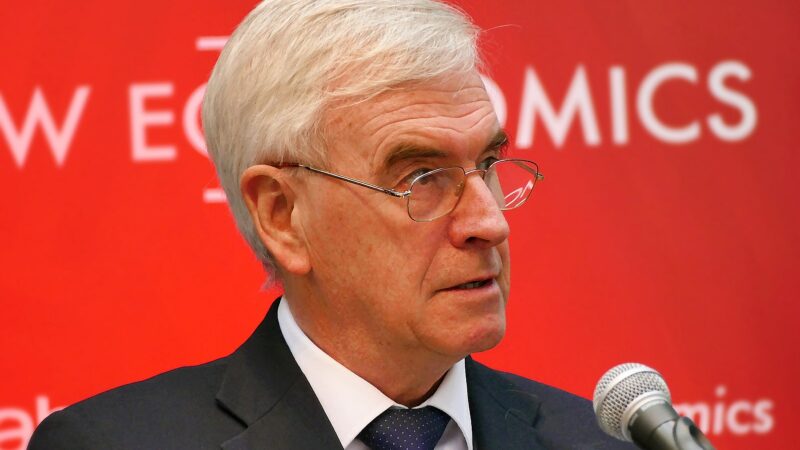 At Labour Party conference, John McDonnell repeated his vow to extend workers’ rights. Much media coverage has focused on his pledge to reduce working hours. But it missed the most transformative of Labour’s plans.

Labour plan to establish a Ministry of Employment Rights, with the responsibly to roll out sectoral collective bargaining, thereby reversing a 40-year experiment gone wrong.

In 1989, while Thatcher’s government decimated trade union rights and workers’ protections, concerned academics, lawyers, policymakers and campaigners established a new initiative to build the evidence-base that would counteract neoliberalism. The independent Institute of Employment Rights, was born. For the last 30 years, we have been dedicated to achieving its aims.

We knew then – as has been proven now – that neoliberalism would send the UK back to the Victorian era. Today, 50% of workers are paid less than £24,000 and 25% less than £15,000. Meanwhile, FTSE 100 CEOs take home 133 times the amount of the average worker, up from 47 times the average wage in 1976. The United Nation’s Special Rapporteur on Extreme Poverty, Philip Alston, has publically declared that this crisis – which has left four million children in poverty – is the end result of a political choice.

For those of you too young to remember, it may seem odd for us to say that political choice was made 40 years ago. A lot has happened since then, but the core values of Thatcherism did not end with her resignation, nor with the election of Blair in 1997.

Employment law is still fundamentally founded in the principle of individualism, in stark contrast to the collective values of the pre-Thatcher years, which continue to hold strong in most other European countries. It may also seem strange for us pin the causes of an unequal society on your rights at work – but that’s exactly what’s happening.

The Bank of England has warned that higher levels of employment are no longer linked to wage growth for the first time since the pre-industrial era, demonstrating that the problem is not the number of jobs but the quality of work. It conceded that this shift has been driven by the decimation of trade union rights. The International Monetary Fund agrees, as does the Organisation for Economic and Cooperative Development.

Much modern research has linked strong trade unions to higher economic productivity, lower economic inequality, and better social mobility. The result is a healthier population, a happier population, with lower levels of crime. So why, then, do some in the UK still view trade unions as an anachronism? Especially when the opposite is true across most of the developed world.

An average of 60% of European workers have their pay and conditions agreed via negotiation between trade unions and employers. In some countries this rises to 90%. In the UK, it is only 26%. This is because while European countries largely retained socially democratic economies, the UK under Thatcher swung in the opposite direction, towards the unfettered capitalism of the US.

Most of our international peers adopted the policies Jeremy Corbyn is now proposing – a Ministry of Employment Rights to represent the interests of workers in Parliament, sectoral collective bargaining to ensure appropriate minimum standards are set across entire industries, workers on boards – decades ago. These are hardly radical proposals, they merely raise the UK to international standards.

But the impact of such reforms would be transformative. While the UK is one of the most unequal developed economies, our European neighbours are among the most equal because in these socially democratic countries, inequality continued to drop up until the recession.

The difference is made by higher levels of democracy in the workplace, industries and government. When workers are treated with dignity and respect, given a voice at work and in the economy at large, their wages increase, their productivity increases, and irresponsible employers are no longer able to exploit their staff for personal gain, such as in the high-profile cases of Uber, Sports Direct and Amazon.

Our recommendations, founded on decades of research, have now been adopted by the Labour Party. They have found support in the Scottish government. They are being implemented in Wales.  Our recommendations have also sparked interest across other political parties of the left – the Scottish National Party and the Green Party – and we believe this is a sign that change is coming.

In the 1980s, Thatcher told her citizens that there was no alternative to austerity, privatisation and deregulation. But there always was an alternative – an alternative taken forward by similar economies that ended up far more stable and far more equal.

As Brexit approaches, as climate change worsens, as automation spreads, things could get a lot worse for the people of the UK. Or, they could get better, if we drop Thatcher’s dictates and leave the past behind. No matter who the next government is, we must stick to our guns and do the right thing for all of us.

Sarah Glenister is National Development Officer of the Institute of Employment Rights.